NMU-AAUP responds to the clarification email that was sent from President Erickson about the ongoing contract negotiation mediation. 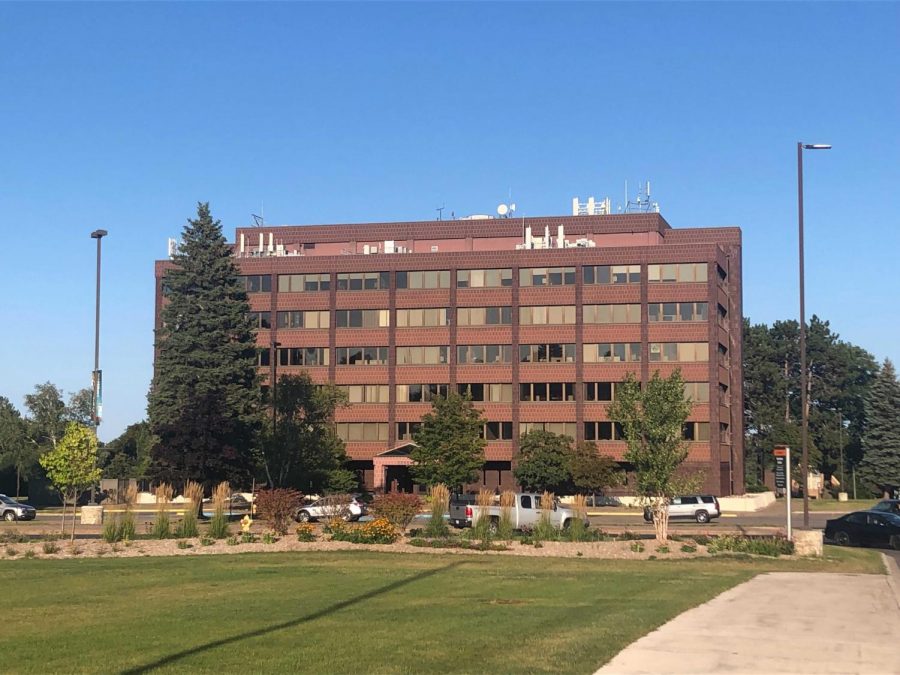 CONTRACT MEDIATION—The faculty union at NMU, NMU-AAUP, are still working without a contract. Recently the union responded to a clarification email sent out by President Fritz Erickson.

Those who are registered to receive emails from [email protected] would have received an email on Aug. 26 regarding the NMU-AAUP faculty contract mediation. The email was sent from the office of President Fritz Erickson and addressed the statements made regarding the mediation.

Erickson opened the email by addressing that it has always been NMU’s position to not respond to or get into public conversations about the ongoing faculty contract negotiation while still in negotiation. The email served as clarifications for public commentary that had been taking place.

However, according to a recent article by NMU-AAUP union president Dwight Brady, the email sent from Erickson’s office contained multiple inaccuracies or was presented without context. NMU-AAUP union addressed the statements from the email alongside what was said in said email. While details about the mediation are confidential, the union addressed what they could to go along with Erickson’s email.

“Northern continues to bargain in good faith as we have throughout the negotiating period,” Erickson said. “We have been actively engaged throughout the summer, even during long periods of waiting for union counteroffers.”

NMU-AAUP states that negotiations began on March 2, 2021. Financial issues were a mandatory topic of bargaining through the administration refused to negotiate or discuss financials for more than a month, delaying the negotiation process and making it difficult to come to an agreement. This delay made agreeing on negotiations more difficult as the union’s 2020-2021 contract expired on June 30, 2021.

“NMU-AAUP requested a contract extension before the expiration date in order to continue negotiations with the mutual benefit of a contract in place, but we were denied this extension. After the expiration of the 2020-21 contract, the AAUP requested that a state mediator be appointed,” NMU-AAUP said. “The process and timetable of mediation is substantially different from typical negotiations; nonetheless, the AAUP has continued to provide counterproposals in a timely manner.”

The email then addressed statements made that NMU does not value and is unwilling to invest in faculty based on contract proposals. Erickson said that he believes the proposal of up to $12 million in accumulative compensation increases for the 340 plus AAUP union faculty members showcases a strong and equitable investment to faculty.

NMU-AAUP points out that while large numbers completely removed from context may appear impressive when the context is provided they may be less so. NMU-AAUP gives example to 2020 when a cost-saving program from administration offered early retirement and many senior faculty participated in this program without being replaced by new hires.

Continuing, NMU-AAUP states that the net savings from these buyouts are roughly equal to the accumulative compensation increases proposed by the administration.

“Put another way, Administration is essentially proposing to use the money saved from retiring faculty to fund any increases in current faculty compensation. As the total University budget continues to grow year after year, this would result in a sharp decline in the portion of the budget dedicated to instruction, to levels lower than those seen at NMU in 20 years,” NMU-AAUP said. “Such a large reallocation of resources away from instruction in no way equates a ‘strong and equitable investment’ in the faculty.”

Erickson then stated that the current contract offer provides greater salary increases to faculty than offered by other bargained-for institutions in the state for this year or last, exceeding the 2019 levels mentioned by AAUP. NMU-AAUP states that they are unsure as to which contract offer the email refers to and that administration should not be publicly discussing offers while still under mediation.

NMU-AAUP said that they support all of their fellow union colleagues in working for fair and equitable contracts. Additionally, the NMU-AAUP states that the AAUP maintains any proposed contract that takes four years to return total compensation levels to those previously provided in 2019 is something both parties should not be proud of and will result in NMU faculty falling further behind their peers at other institutions.

One claim made by Erickson states that there has been no comprehensive salary reduction for faculty. Erickson said that the only recent decrease was a negotiated contract agreement for less money to teach in the summer and overload assignments. Continuing, nearly all overloads and summer assignments are optional teaching assignments for faculty members.

NMU-AUUP responded stating the claim was extremely misleading. Base salaries remained flat in 2020 with the average faculty member seeing a decrease in total compensation of 4.4% compared to 2019.

“This was planned and negotiated, and ultimately agreed to by the faculty, out of a sense of duty to the University,” NMU-AAUP said. “We were all concerned about the potential impacts of the pandemic the University may have had to face, and we believed the temporary cuts in compensation which we agreed to were our part to ensure NMU emerged from the pandemic as strong as it entered.”

The predicted financial devastation from the pandemic was fully prevented due to state and federal COVID-19 related relief funds. NMU-AAUP states that enrollment is always a concern and remains strong at NMU, largely because of the efforts made by the faculty to continue teaching through the pandemic.

NMU-AAUP continued stating that the ‘optional teaching assignments’ comment made by Erickson is disingenuous. NMU-AAUP said that chronic understaffing across departments has led to a teaching shorting, resulting in nearly one-third of full-time faculty regularly teaching overloads.

“As teachers, we have an obligation to ensure that our students can take the courses they need to graduate in a timely fashion,” NMU-AAUP said. “Until the university hires more faculty to teach these courses, that mission is only accomplished through continued, widespread overload assignments.”

In the matter of summer semester, NMU-AAUP states that with the increasing number of programs at NMU, if faculty were to refuse these ‘optional’ assignments, students would not be able to graduate on time.

One statement made by Erickson in the email raised confusion among the community in terms of compensation rates within faculty. Erickson said that according to Carnegie Classifications, faculty are paid 8.5% above the national average when compared to other institutions that are similar in size, scope and Carnegie classification. NMU-AAUP’s graphic shows that faculty are being paid nearly 10% lower than the average at 9.26%.

“Any party can selectively choose a set of other universities to compare themselves to in order to achieve a favorable outcome, which is what Administration is now attempting to do,” NMU-AAUP said. “However, when using the established CUPA-HR peer group, which was most recently mutually agreed to in our 2015-2021 contracts, and which the University has used for more than a decade to set and adjust faculty salaries, full-time NMU faculty are, on average, 6.2% below the national average, and three-quarters of all full-time NMU faculty have salaries which fall below their respective national averages.”

NMU-AAUP continued stating that initial salaries for new faculty hired at NMU have been a major topic for the 2021 contract negotiation. NMU-AAUP said that a new assistant professor hired at NMU in 2020 could expect to receive a salary averaging 7.2% below the national average, in some cases 20% below. This makes it difficult to attract the highest quality educators who students, alumni and community expected.

“This is also one of several factors contributing to NMU’s chronic understaffing,” NMU-AAUP said.

Erickson then went on to say that administration made a contract extension offer to AAUP union leadership in early August and did not receive a response. According to NMU-AAUP, the AAUP negotiation team never received an offer.

According to Erickson, NMU has not paid salary or promotion increases due to the legal counsel that advised the university that it is prohibited to do so under Michigan law, Public Act 54 of 2011. NMU-AAUP said that while the wage step increase and increases in salary directly related to rank changes, ‘lane changes’, are prohibited under state law and related precedents, faculty and administration are still obligated to follow the recently expired contract until contract negotiations come to an end.

“The expired contract specifies minimum salaries for each rank. Many of our newly promoted colleagues now have salaries that are, because of their promotions, below the status quo minimum salaries for their respective ranks,” NMU-AAUP said. “We believe that this constitutes an unfair labor practice.”

In regards to negotiations, Erickson in his email states that NMU has provided the faculty union with all requested documents. These documents include the projected 2021-2022 budget that has not been finalized due to Legislature working on the state budget. Erickson then went on to say that NMU never requested the AAUP to file a Freedom of Information Act request for financial information.

However, NMU-AAUP states that the administration has not given AAUP all requested financial documents. NMU-AAUP said that while it is true that the administration never told AAUP to file a FOIA request for budget information, NMU-AAUP did so out of frustration. This frustration came from being told that budget projections are not created before state appropriations are finalized and fall enrollment is known. NMU-AAUP then goes on to say that they know it to be untrue due to being supplied with projections in past negotiations.

When asked for budget projections on June 30, 2021, NMU-AAUP received a copy of the continuation budget that included the same numbers of the 2020-21 budget. NMU-AAUP then filed a FOIA request on July 2, 2021 asking for the 2021-2022, 2022-2023 and 203-2024 general fund revenue and expenditure budgets. These requests asked for both summarized and in detail along with descriptions of any assumptions made.

“We were subsequently directed to a public document that is a summary of the 2021-22 projected revenues and expenditures that does not include details or assumptions other than an obvious flat amount for state appropriations,” NMU-AAUP said. “We continue to be baffled by how an organization such as NMU can plan for the future without making specific budget projections.”

Concluding the email, Erickson clarified that during Welcome Weekend the Ferris wheel was a one-time expense out of auxiliary funds stating that Housing and Resident Life along with the Center for Student Enrichment secured funding for Welcome Weekend activities. NMU-AAUP states that the Ferris wheel issue was not related to union negotiations and has never addressed it as such.

NMU-AAUP ended their response stating that faculty accepted significant cuts in compensation during the 2020-21 contract to help the NMU survive the COVID-19 pandemic.

“The thanks we have received for our sacrifice is an attempt by the Administration to extend these cuts indefinitely,” NMU-AAUP said. “Nevertheless, we remain focused on achieving a contract that allows us to continue providing the high level of education that students and the community have come to expect.”

As of September, contract negotiations are still being mediated with faculty now working two months without a contract. In addition, AAUP will be holding a strike authorization vote today in which they will vote on whether they have the option to go on strike or not.