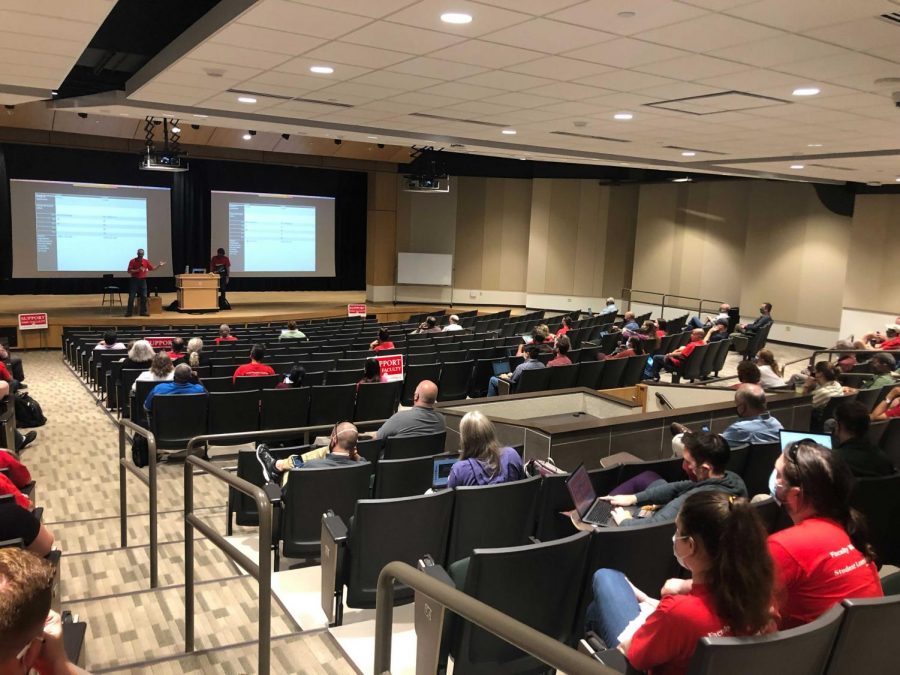 YES OR NO—NMU-AAUP union members casted their votes on Thursday to decide whether or not the executive committee would be able to call a strike. Results came Saturday with an overwhelming favor of giving the committee permission to call for a strike at 183 to 35.

Results from NMU-AAUP’s strike authorization vote show that union members who cast ballots overwhelmingly voted yes with a 183 to 35 in favor of the executive committee to call a strike if necessary. AAUP has been working without a contract since July 1, 2021 and has been in mediation since July 19.

Dwight Brady, union president, said the vote is not to decide if faculty will go on strike but give them the choice in the future if they wish. Brady said that AAUP is exploring the option of going on strike after Oakland University faculty went on strike for unfair labor practices.

Brady said that AAUP had never brought up the question before to membership so he was unsure as to how the outcome would be.

“I would have preferred a longer period to build support for such an important vote, but the outcome clearly shows that a vast majority of the faculty were already willing to take this bold action if necessary,” Brady said.

“I will not try to speculate how the administration will react, but I hope they will move toward a position that secures the long-term future of this institution with a contract that allows us to attract and retain the best faculty members we can,” Brady said.

Continuing, Brady said that he believes the pace of contract negotiations mediations have picked up in the last week.

“It would be great to see mediation quickly lead to an agreement, but we will have to wait and see,” Brady said.

While the results of the vote do not mean faculty will go on strike, it does give them the option to in the future if they feel it to be necessary. Brady said that students can expect their learning to be disrupted at the least amount possible if a strike were to happen.

“As the union president, I can tell you I don’t know of one faculty member who wants to go on strike. At the same time, 83% percent of those who voted said they would support such a move if necessary,” Brady said. “If a strike is called, our goal would be to create the least amount of disruption for our students as possible.”

“We are pleased to have reached a tentative agreement,” said Fritz Erickson, president of NMU. “This contract provides both financial and academic support for our faculty and ultimately for our students.”