Dungeons and Wildcats welcomes students to role right in 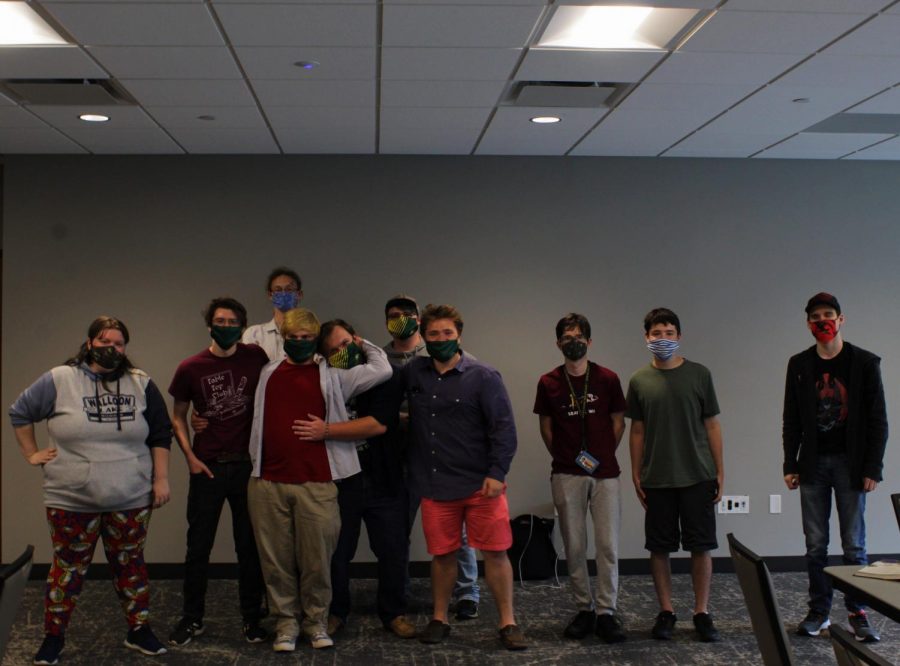 DUNGEONS, DRAGONS, WILDCATS, OH MY—NMU club Dungeons and Wildcats (DnW) poses for a group picture. DnW welcomes new members to the group to play along in Dungeons and Dragons whether players are experienced or not. Photo courtesy of Brendan Sullivan.

Dungeons and Dragons is well known around the world and has an ultimate creating roleplaying style as its claim to fame. NMU’s Dungeon and Wildcats provides that creativity with its own DnD club to players regardless of experience.

While DnD is known for its flexibility of players, most groups are a consistent roster of friends that meet on a regular basis for months until it’s time to start a new adventure. When a student moves away, they lose that convenience of playing with local friends until they’re able to return home at the end of each semester. DnW looks to give those same players the chance to continue their adventures with new friends right here on campus.

“I used to be really into DnD until I moved here so I sought a place that was open for new players and I saw this place and thought I’d get back into it,” sophomore Eric Saunders said.

Although experienced players are always invited to join, DnW are welcoming new players from all backgrounds into their mix. Whether you’re brand new to the game or only a once-in-a-while player, DnW are looking to add as many interested players as possible.

“I only played a couple of other roleplaying games before and never got into DnD,” sophomore Willow Rasch said. “Everyone here is very beginner-friendly and very nice to all players.”

One major part of DnD is the roleplay element that encourages players to get into their character and act as they would if they were them. Whether it be an outrageous flaw or a simple gimmick, it can very well decide the outcome of an encounter. Beginners may be intimidated by acting out a character unlike themselves and may be reluctant to join in fear of being embarrassed.

DnW operates under the Adventurers League guidelines as a standard format for all campaigns. At each meeting, there will be multiple tables with multiple dungeon masters to avoid overcrowding or limiting of players. DnW currently hosts their events in Peninsula Room at the Northern Center, but is looking to expand to Jamrich Hall due to their current size and COVID-19 restrictions, Mulholland said.

“We don’t limit the amount of campaigns we run but the limit for a table is usually seven players but we have to go over sometimes to the limited number of DM’s,” Mulholland said. “We are currently looking for a new place to set up our league as the room we are currently meeting is not big enough for how many players we have and we don’t want to start limiting the amount of people who can join.”

For players not familiar or hesitant to join the DnD culture, DnW has set up a system that allows new players to get into the game without having to feel the pressure of having less experience than their fellow players.

“Register on the hub for one of our events and just show up,” Mulholland said. “We take names and experience and put them with an experienced DM or an experienced player and it teaches them not only the rules but also the etiquette of DnD.”