Opinion—Sick of her celebrity: a review of Lorde’s ‘Solar Power’ 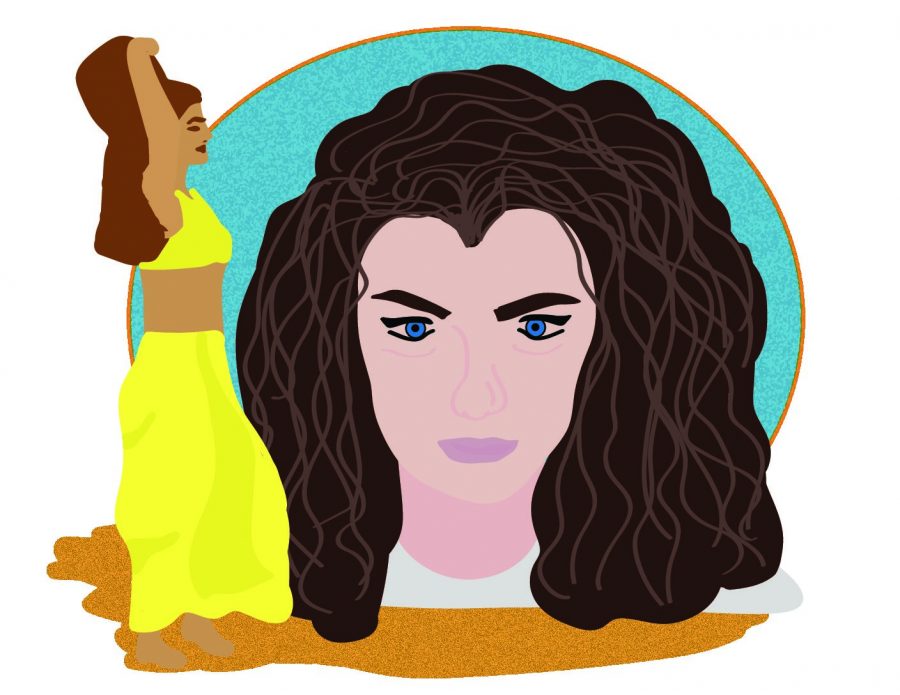 We all remember summer 2013 when 16-year-old singer-songwriter Lorde was introduced to the world with the Grammy-award winning single, “Royals.” Lorde was a big deal. She was young and had a sound like no other. Her voice was raw, with an almost deep, husky tone; the sound was moody and atmospheric; the lyrics were intense and dripping with emotion and melancholy. She was unconventional and a hit. With Lorde’s debut in 2016, I credit her as the originator of the “sad-girl bedroom pop” that has become a cultural powerhouse with currently-trending artists like Billie Eilish and Olivia Rodrigo.

There was hardly a radio station out there in the summer of 2013 that didn’t have “Royals” in its rotation. It could not have been easy growing up in a small town and virtually becoming an overnight sensation; your name and music blasted everywhere and not being able to hide from the public light.

“Melodrama” was the record of summer 2017! I can’t tell you how many nights I’ve had dancing around with friends to “Green Light,” screaming along to the song about chasing new beginnings during my last summer before I graduated from high school. Lorde sang, “Oh, I wish I could get my things and just let go. I’m waiting for it, that green light, I want it.” Girl, me too!

Before the album’s release, Lorde discussed in a series of interviews that “Solar Power” would be dealing with themes relating to her personal experience with celebrity culture, spirituality and celebrity identity.

When discussing the upcoming album with USA Today, Lorde said, “A lot of people look to people like me for spiritual guidance, and starting the album like that was my way of saying, ‘I’m just as [messed] up as you are. Don’t look at me. But if we all look up here, maybe we’ll find out something interesting about ourselves.’”

It sounds like a really neat concept. Lorde certainly has a lot of personal experience when it comes to the topic of celebrity worship culture, becoming famous at such a young age. Not to mention the fact that the relationship between celebrities and fans is coming into the cultural conversation more and more thanks to social media.

It is a fascinating topic for Lorde to tackle, given her history and experience. Fans have been anxiously waiting for new tracks from the singer since her last album, “Melodrama,” was released four years ago. Unfortunately, I found myself growing less and less interested in “Solar Power” as more of the singles were released in the lead-up to this album. In addition to the themes of celebrity culture, the release of the single “Solar Power” (the title track of the album) boasted an additional thread for Lorde to tackle: new-age wellness culture. Many of the lyrics throughout the album heavily explore this topic of the “modern hippy” culture, with phrases detailing meditation and crystals and vitamins, and the official music videos take this to another level depicting Lorde in washed-out, dreamy landscapes surrounded by an almost cult-like ensemble of background dancers.

So what is Lorde saying here? The criticism of celebrities is present in songs like “The Path” and “California,” in addition to the throughline of the wellness culture theme. How seriously are we meant to take these lyrics describing modern wellness communities and sensibilities? In combination with how Lorde presents herself as “outside” of the modern celebrity space, it seems that the comparison between fame and wellness is satirizing those who swear by “natural” healing methods. But I fail to see the satirical or critical edge throughout the record. While listening to songs like “Mood Ring,” lyrics such as “Let’s fly somewherе eastern, they’ll havе what I need” certainly seem to be satirizing Western perspectives of wellness practices without understanding cultural background. Still, the satire isn’t present enough to make that immediately clear, and the song could just as easily be seen as taking these tropes seriously.

“Solar Power” seems to be taking on too much without really saying anything. Lorde has a unique perspective but doesn’t go far enough or stick by her convictions to understand what she wants the audience to feel. She doesn’t want to be compared to celebrities who see themselves as gods and look to be worshipped by their fans, and it is clear she is happy to be out of the public limelight compared to how present she was when she was 16 and “Royals” just came out. I am proud of Lorde for feeling happy with her current status and lifestyle, but “Solar Power” just feels confused about what she wants the audience to take away from it.

I would never fault anyone for enjoying “Solar Power”; it is well-produced and does indeed have some certified jams. However, I believe that an album should hold up after multiple listens. With the combination of themes that fall flat and an underwhelming tracklist, I cannot help but feel disappointed with “Solar Power” after all of the press and anticipation before the album’s debut.

At the end of the day, this is a narrative constructed by Lorde based on her own experiences with her celebrity. Nobody is in charge of her narrative except for herself — a record that is so wrapped up in its ideation and free thinking is not something that a label would mandate. Many artists of today feel trapped by the pressure and control of their label, but not Lorde. She is free from any bureaucratic control and available to tell her own story — that is, “Solar Power.”

Lorde wanted to tell this story about her experience with the public image that has been placed upon her, and there is power in that. “Solar Power” is an experience that is uniquely Lorde’s own. I am certain that there was a profound amount of relief for her in tying this narrative with the themes of holistic medicine and neo-hippy culture. However, I must admit, the ties that bind these two narratives are still rather hazy. Unfortunately, the creative energy of the concept does not translate to the listening experience leaving the seemingly profound lyrics and genuinely fascinating themes to fall flat after the first listen and never quite stick.

I haven’t given up on you Lorde, but I think I am ready to face the music if you decide to give up on your celebrity and retire to a happy and personal, intimate life. I will always have “Pure Heroine” and “Melodrama.” Perhaps… I just crave a different kind of buzz.