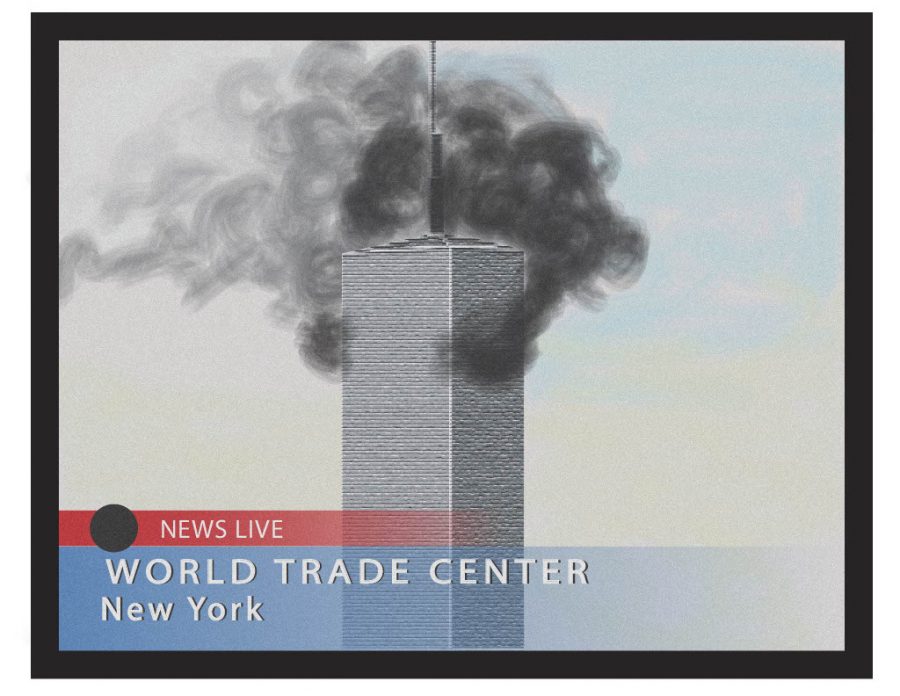 Shock, terror and confusion spread like wildfire throughout NMU’s campus as students, faculty and staff watched in horror while the World Trade center crumpled to the ground, burying thousands of people on Sept. 11, 2001. NMU’s president at the time, Judi Bailey, decided to cancel afternoon and evening classes so people could call loved ones and try to make sense of the situation.

“I remember that because the first plane hit and I think everybody’s first thought was that it was some kind of malfunction or something weird,” Mary Heath, 2001 North Wind opinion editor, said. “To have one plane go into the tower was one thing, but to have two was unusual. After that it didn’t seem like it was that long before everyone was kind of in shock, we knew something crazy was happening.”

For most people on NMU’s campus at the time, the four hijacked planes that crashed into American soil were sources of fear and confusion. As information started to circulate through TV newscasters and phone calls, the North Wind staff was attempting to straighten out fact from fiction.

“Almost instantaneously, we were all trying to think of what we should be doing. How we should be covering it, how we should be getting the information out, how it impacted our campus, in particular,” Heath said. “Before I even went to the [North Wind] office, I went to the armory … I didn’t tie my shoes. I remember just slipping into my shoes and running over there. Somebody was actually nice enough to come to the door but then just told me that they couldn’t talk to me and they were in lockdown.”

A lot of the people the North Wind talked to about 9/11 were those of military background, including military science professor Charles Heiden and U.S. Army Sergeant First Class Steven Laszlo. Following the attack, the U.S. Army was under Threat Condition Delta and was in a constant state of alert.

“[Threat Condition Delta] means that an act of war or terrorism has already taken place, and this sure looks like an attack on the United States,” Heiden said.

The ROTC building on campus, as well as other military units across the United States were prepared to respond to any call of action from the government.

“There was a lot of concern about what military action would come from [9/11] is there going to be some sort of draft or something. How is the U.S. going to respond to this, and what will our roles be in that?” Travis Margoni, 2001 North Wind editor-in-chief, said. “Just a lot of uncertainty around that, and then you can combine that with the chaos in the newsroom.”

The North Wind staff only had 36 hours to gather and write stories before publishing Thursday, Sept. 13, 2001. Even with the quick turnaround, they printed eight articles covering opinions, reactions and the events surrounding the terrorist attacks.

“First and foremost I think for the North Wind was to try to just give an accurate timeline,” Margoni said. “Trying to give a recounting of the facts on where we were at at the time.”

Among the events they recounted was NMU’s reaction to 9/11 and the student government initiatives to help those in need. ASNMU invited people to hang yellow ribbons with written messages on the largest tree next to the Northern Center and gathered donations to be sent to the families and first responders most affected. Students also showed up in droves to donate blood at the hospital, even waiting in line up to four hours.

“I personally believe 9/11 brought our close knit Northern family even closer. Looking back, I still see the images of students and staff consoling each other, heads laying on their fellow Wildcat shoulders, people crying in the arms of their fellow human beings,” 2001 ASNMU President, Nathan Leach, said. “Students and staff taking the initiative to do whatever they could to be supportive, the Northern spirit shined bright during a time of horrific events.”

The North Wind also tried to capture the wide variety of reactions circulating around campus. For many, the terrorist attacks were a shock that caused them to reconsider what it meant to be American.

In her opinion article, “What freedom meant to the U.S. on Tuesday,” Heath discussed how her feelings toward the American flag had shifted.

“I paused for a moment, as I thought to myself, the flag looks different today. Not because it had been lowered, but because it made me think about what it means to be an American on a day when thousands of people became victims simply because they are American,” she wrote.

Thoughts and emotions sparked by 9/11 also seemed to spark a greater interest in foreign policy for students. Many students interviewed in the North Wind were concerned about the next steps the U.S. would take and whether it would lead to war.

When asked the question, “What steps should the government take to defend our country,” Jessica Kavanaugh, 2001 sophomore fashion merchandising major, said “what the government should not do is go and bomb or kill their whole country. Killing is not the answer.”

Other students such as Mark Hauswirth, 2001 sophomore biology major, took an opposite approach. “There is only one real thing to do, fight,” Hauswirth said.

Students reacted to 9/11 with a wide range of responses and the North Wind collected and analyzed as many as they could.

“For a lot of us as college students, we had a pretty critical eye about this … That became a big question around campus, why did this happen and how do we prevent it in the future?” Margoni said. “I think 9/11 really sparked, in terms of journalism at the North Wind because I was there for four years that followed, a lot of activism and a lot of awareness about foreign policy.”

Since Marquette can often feel removed from most national politics, it was easy for students at the time to turn a blind eye, Margoni said. However after 9/11, it forced them to focus on the wider national community and experience the aftershocks of an event that happened hundreds of miles away.

“It’s easy to feel removed in Marquette … it can feel like all this stuff is happening a world away or on another planet. It’s not,” Margoni said. “It has an impact on us. We see now that even though those attacks happened a 1000 miles away or whatever it may have been, clearly it has an impact on the entire country and the entire world so we need to keep processing it critically.” 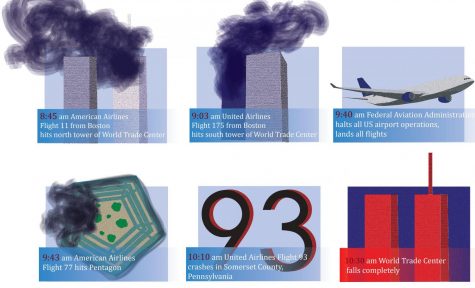