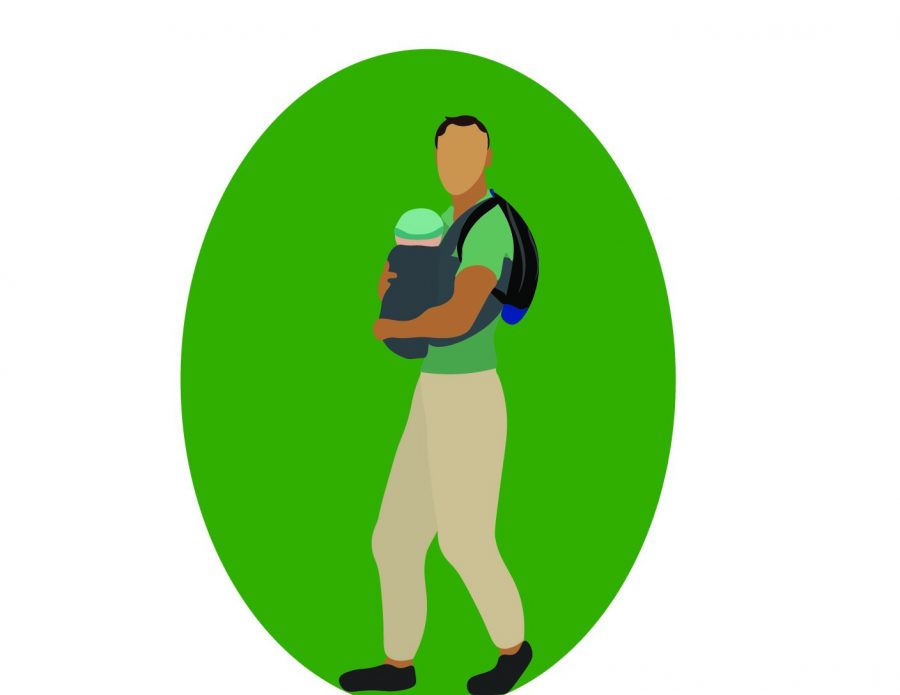 It was a Friday night and I was doing what any other college student could be found doing, walking up the steps to a house party. I turned when someone stopped me.

“Is that a baby?” a partygoer by the door asked me. I looked down at the baby harness on my chest and sighed. Yes, I have a child.

But I deserved this night. I had an exam earlier that day, not to mention an essay I slaved away on for the last week. I’m a full time student and a part time father.

“He won’t be drinking,” I assured. But the partygoer still wouldn’t let me in. In fact, nobody would let me in. The broad term “irresponsible” was thrown at me. After a quick drive home (going 10 miles an hour over the limit) and an even quicker call to the police about the party, I realized that people simply don’t understand what it’s like to be a parent and a college student. That’s why I felt motivated to educate this campus from my point of view.

Despite whatever stigmatized, misinformed views you may have, being a parent in college is actually very easy. These are some of the easiest times of our lives, so adding the simple responsibility of parenthood is no problem.

At first, I was like a lot of you, concerned about the future. I was worried about the economic side of young parenthood. How would I get through college and support a baby, which was at that point only 9 months away from trapping me in a financial prison for the rest of my life?

Well, it turns out that, for once, I had no idea what I was talking about, and after I got a little advice and money from my family, I discovered how cheap both college and apartments in the area are. Some apartments even go for as little as $1,300 a month. I can’t imagine living on campus is much worse. It’s probably only a couple thousand for a few months. That sounds like a good deal to me.

As for attending classes, I had a decision to make. I knew many college parents tend to hire a sitter or find a daycare, and I didn’t even know if NMU lets people bring their pets to class. Ultimately, I decided to bring my baby with me to class. If I have to listen to his cries and weird baby noises, there’s no way I’m going to be alone in that. Besides, when it comes to understanding and accommodating needs, NMU’s professors have been perfect.

My so-called peers, however, are a different story. Whenever I feed Stevyn while saying “here comes the airplane” or chain smoke cigarettes on the edge of campus, I can feel their dirty looks. It’s always followed by little comments such as “you can’t change your baby in class” or “please stop poking your baby awake.” If what I do soothes Stevyn and annoys you, then it makes the both of us happy.

As many of you prepare to begin your lives and careers, I want you to know that you can do that with a newborn. Even more so, you can not only make up what you’re doing as you go along, but decide what the lines of right and wrong are as well. If people give you dirty looks for dressing your baby up as Playboi Carti for Halloween, at least you’re getting attention, and that counts as social interaction. If you forget or decide not to do your homework, it’s okay to say your baby threw up on your paper. Simply put, if NMU students are mature enough to go to class, then a baby is too.