Board of Trustees terminates President Erickson 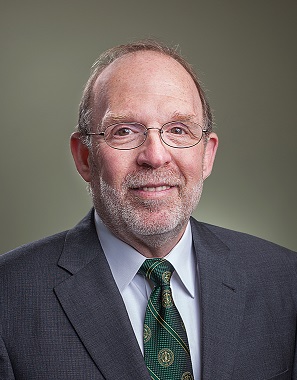 The only topic of discussion on the agenda was Erickson’s contract. The members proceeded quickly to a vote and the action was concluded within 8 minutes.

“I move to terminate the President’s employment agreement under Article VII,” Trustee Steven Young said. “Termination not for cause, effective immediately, and authorize the Board and Chair to sign all documents and take all steps necessary to carry out the Board’s directive.”

Although the BOT thanked Erickson for his service, the reason given for his contract’s termination was a lack of forward thinking and innovation. Erickson’s contract as President of NMU began on July 1, 2014, and would have extended to 2023. He was the 15th President of the university. Erickson will not be serving in the interim as the BOT proceeds to appoint a temporary president.

The BOT released a statement from Chair Tami Seavoy on the outcome later that day.

“While we recognize and thank Dr. Erickson for some outstanding work, particularly as he maintained a level of calm and stability during the pandemic, we expected more thoughtful and critical action from him on many issues,” Seavoy said in the statement. “For these reasons, we have lost confidence in his ability to effectively lead the university.”

Seavoy said in the statement that the responsibility to hire and terminate the president are among the most important duties of a university board and the decision to terminate Erickson did not arrive lightly.

“It was Vice-Chair Young’s and my intention to come to terms on an agreement that would have allowed Dr. Erickson to voluntarily step down by the end of 2021,” Seavoy said in the statement. “Regrettably, we were unable to reach such an agreement after several weeks of negotiation. Therefore, we determined that termination would be in the best interest of the university.”

“I am not in these negotiation meetings, the BOT knows far more than I do about what has happened behind closed doors,” Kelts said. “I am not sure if something recently happened, or if the board was at a breaking point, but I trust their decision.”

Looking into the future with the search for a new president for NMU, Kelts hopes to see more student interaction from the new president.

“I think it is important for the new president to take feedback from students and faculty,” Kelts said.

Other students are more skeptical and worry about who might be appointed to the position of President next.

“I’m concerned about who the new president will be, and what our leadership looks like,” said undeclared freshman Ryan Snyder.

“It doesn’t matter who’s at the top if they just appoint another yahoo. The structure is the issue,” said sophomore computer science major Cassandra Kellogg. “The system isn’t fixed by everyone getting mad at the president and taking it out on him.”

NMU’s faculty union, NMU-AAUP, issued a statement as well on the outcome of Erickson’s termination.

“Everyone on campus, including the faculty, was surprised at how quickly this meeting came about, and we are still processing the magnitude of the Board’s decision.” Dwight Brady, president of NMU-AAUP, said.

Brady said that NMU-AAUP will continue to move forward with the ratification vote of the proposed faculty employment contract on Sept. 28.

The proposed contract is a part of NMU-AAUP’s new contract agreement with the administration at NMU after the collective bargaining agreement forged during a global pandemic expired on July 1, 2021.

Erickson made no comments within the meeting itself and has not made a public statement.