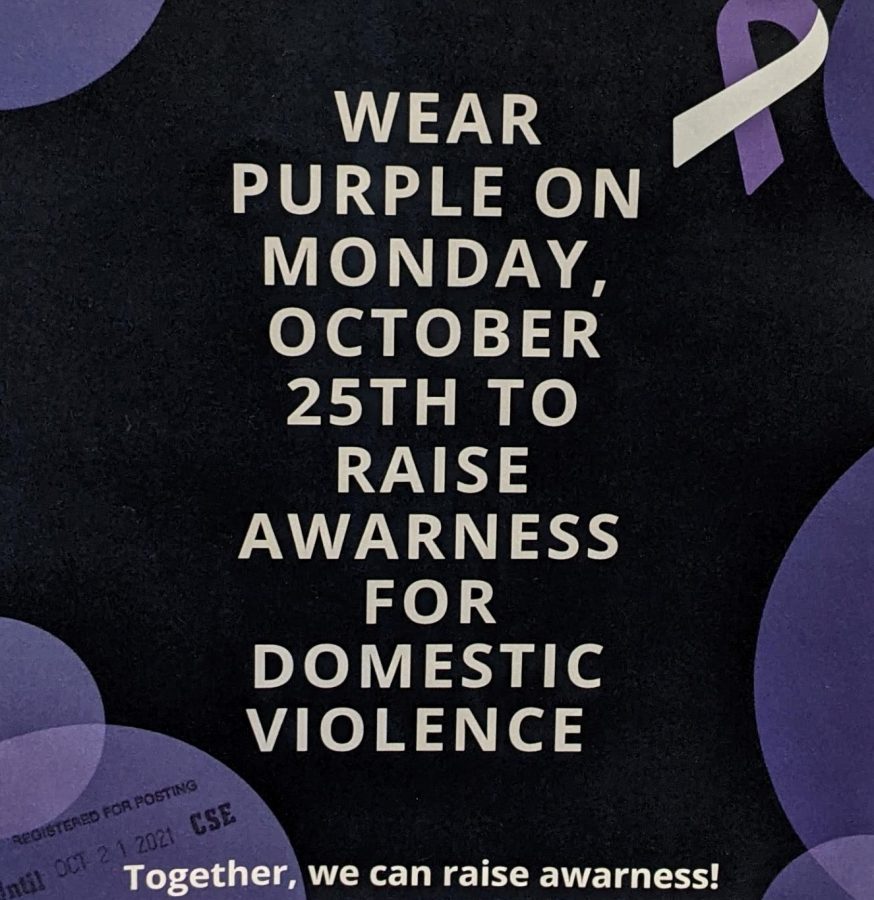 Students are being encouraged to wear purple on Monday, Oct 25 in order to recognize and raise awareness for the problem of domestic violence. This campus-wide event, organized by junior anthropology major Olivia Crandall, is taking place because October is Domestic Violence Awareness Month.

It was “a way to connect and unite individuals and organizations working on domestic violence issues while raising awareness for those issues. Over the past 30+ years, much progress has been made to support domestic violence victims and survivors, to hold abusers accountable, and to create and update legislation to further those goals,” according to NCADV.

In Marquette, people experiencing domestic abuse are encouraged to seek resources and aid from the Women’s Center in Marquette. The center serves not only cisgender women but also male, female and transgender individuals, according to their website.

Domestic violence is a facet of domestic abuse, which can include physical or sexual assault, emotional or verbal abuse, isolation, minimizing or blaming, financial control, coercion, threats and stalking. Individuals seeking resources or help should contact the Women’s Center at (906) 225-1346. The center also offers its Harbor House 24/7 crisis line at (906) 226-6611.