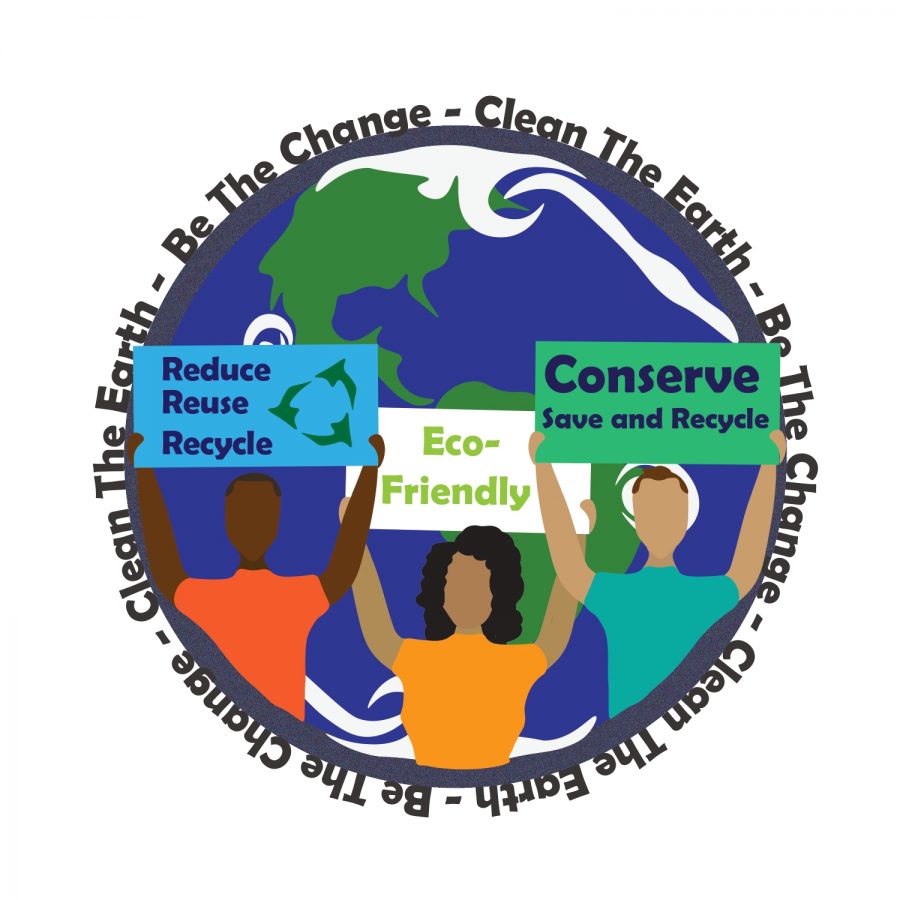 A group of NMU students and faculty presented an emergency climate action resolution to Marquette’s city commission on Oct. 19 due to the rising concern of local and global climate change.

According to The National Centers for Environmental Information, this past September has been the fifth hottest September since global records started in 1880. Here in North America, it was the third warmest. Arctic sea ice was also 23.2% lower than the 1981 – 2010 average.

While the pandemic did provide a reduction in carbon emissions due to lack of travel, the current state of the planet’s climate is still concerning as emissions have already rebounded.

In addition, the pandemic increased the disposability of personal protective equipment and has added to our waste stream. This equates to more garbage in landfills which will not degrade for thousands of years, said assistant professor, Ryan Stock.

The current draft was spearheaded by Stock, and three students from EcoReps, an education program on campus “designed to give students the resources and knowledge to solve environmental, economic and social sustainability issues”.

Although subject to change and editing through the commission, the current draft discusses how climate change has impacted the community on a local level, such as Lake Superior’s change in behavior in recent years and a goal of becoming carbon neutral by 2050.

Similarly, Fritz Erickson, ex-president for NMU, proposed a plan like the resolution last semester to have NMU be carbon neutral by 2050. Miller stated that they pulled from ex-president Fritz Erickson strategic plan to help build their points.

Currently, the hope for resolution is for it to be passed by the end of this year.

However, the city of Marquette has made efforts in the past in regard to the climate.

According to Bailey, in 2013 Marquette adopted the Adaptation to Climate Change and Variability report. The intent with that was to consistently initiate the implementation of many sustainable recommendations. Its top concerns were water resources, food/agriculture and land use/development.

“We are running out of time to mitigate the climate crisis. We know that as these positive feedback loops continue, such as forest fires, melting glaciers, etc. There will be a tipping point of no return,” said Miller. “We really need to avoid getting to a point where we cannot stop catastrophic change. I believe that we are still at the point where we can stop it. We really need to treat this like an emergency.”

Students that find themselves wanting to get involved with the push for this resolution can do so by joining groups like the Conservation Crew here on campus, or attending the city commission meetings and voicing their support.

“Having people at the meetings, especially students helped the commissioners see how much the community wanted a climate action plan put into place.” Isabelle Honkomp, freshman environmental studies, and sustainability major, said.

Due to the increase of misinformation on the internet those who worked on the resolution encourage students and community members to access materials such as the IPCC to educate themselves on climate issues.

“A lot of issues in today’s world have inevitably become a political debate, which I think has made it difficult to see progress in many aspects but especially when dealing with environmental issues,” said Bailey. “It is something that people continue to push off and not prioritize even though the clock is ticking. It’s not political; it’s science.”

According to the IPCC’s homepage, they were created to inform policymakers of scientific assessments on climate change, its impacts and mitigation options. Their most recent report can be found here.

“The IPCC warned us that we only have until 2030 to drastically reduce our greenhouse gas emissions in order to avert climate catastrophe. Effectively, we have 8 years left to change everything. Although daunting, it is possible. This climate resolution is the first necessary step to move in that direction,” said Stock.