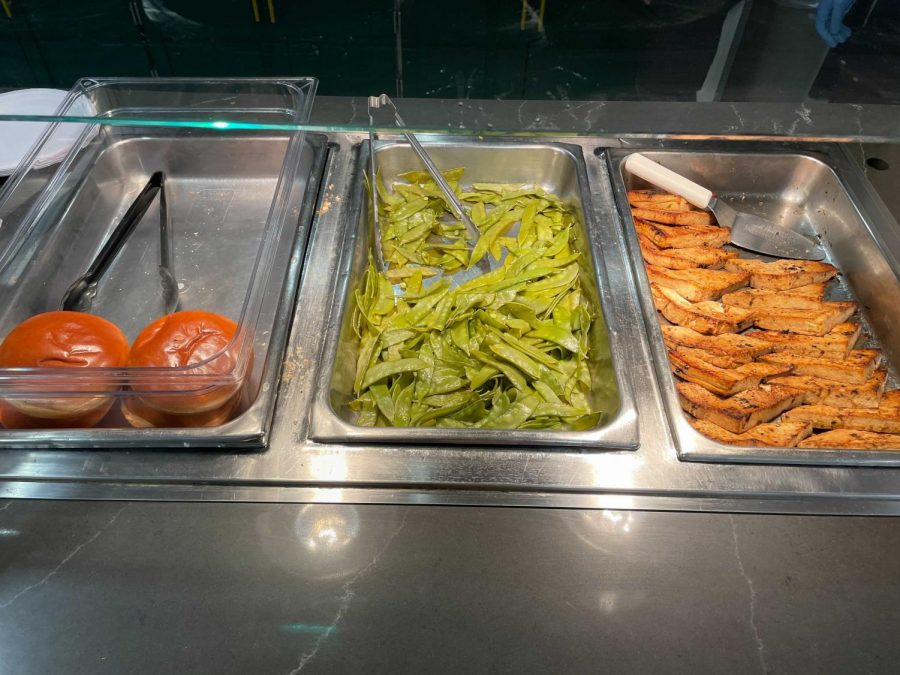 The Peas on Earth Challenge was a challenge started by the NMU Animal Club to encourage students to eat more plant-based foods on-campus.

“By participating in this challenge, we are hoping students reevaluate their relationship to food, animals and the planet,” said Olivia Lubig, junior elementary education major and NMU Animal Club leader. “The plant-based options at Northern have also improved immeasurably in the past few years, and we wanted to showcase these options with the Peas on Earth Challenge.”

The entire week of Oct. 18-22, students who participated in the challenge ate the vegetarian and vegan options provided at NMU dining facilities. Participants posted a photo of their plant-based meal on Instagram, tagging @the_nmu_animal_club and using the hashtag #PlantBasedAtNMU for a chance to win a $20 Marquette Food Co-Op gift card.

On-campus, anything labeled VEG is vegetarian and anything labeled V is vegan. Parsnip in Northern Lights Dining is always vegan, and other sections in the dining hall occasionally have plant-based options as well.

“Eating a 100% plant-based diet is the ‘single biggest way’ to reduce one’s individual environmental impact,” said Lubig. “Even if people cannot see themselves going vegan, any step in the right direction makes a huge difference.”

Animal agriculture has a larger impact on the environment and requires more resources than producing plant-based products.

“One has to take into account not only the resources used by the animals themselves, but the environmental impact of the animal feed,” said Lubig.

Agricultural deforestation is on the rise to create land for animal feed, and more than half of the existing farmland worldwide is used to facilitate animal agriculture according to a study by the University of Oxford.

“All of the food that we are producing … and giving to the animals, that can be food that we redistribute to people that are hungry or malnourished around the world, even in our community,” said Ryan Stock, professor of earth, environmental and geographical sciences and NMU Animal Club faculty advisor.

Additionally, animal agriculture is a source of water, air and soil pollution.

“[Concentrated Animal Feeding Operations] are all over the country and they are a significant source of soil contamination because of the urine and the manure generated by these animals,” said Stock. “They are a source of air pollution because of the methane produced by these places, and also a source of water pollution insofar as a lot of the chemicals [and] antibiotics fed to these animals goes into the waterways.”

“A lot of the confined animal feeding operations are located in low-income communities of color, and so these populations that are already disproportionately incarcerated … are also disproportionately exposed to the air, land and water pollution from these CAFO’s,” said Stock.

In addition to being kinder to the environment, eating a more plant-based diet is also better for health.

However, Peterson emphasized that certain vitamins and minerals must be watched and/or supplemented on a vegan diet such as B12, zinc, protein and iron.

“Do not just jump in and think ‘Well, it just sounds cool’. Actually research it or talk to a dietitian,” said Peterson.

His services are free and she can be reached at [email protected] if students would like more information.

While eating a plant-based diet is better for health and the environment, Stock acknowledged that it can be a difficult diet for college students to adopt.

“Because the cost of most vegetarian and vegan foods tends to be a little bit more expensive, it can be difficult for people with limited financial means to afford eating like that,” said Stock. “It is a privileged person who can buy all of their groceries at the Co-Op, and have the amount of money every week to supplement their diet and eat an exclusively vegan raw foodist organic diet.”

The Peas on Earth Challenge and adding more plant-based options at NMU dining facilities is a way to make vegetarian and vegan diets more accessible and inclusive to all students.

If you would like to get involved in helping animals or the planet, you can join the NMU Animal Club on the Hub, contact them through email [email protected] or Instagram @the_nmu_animal_club.