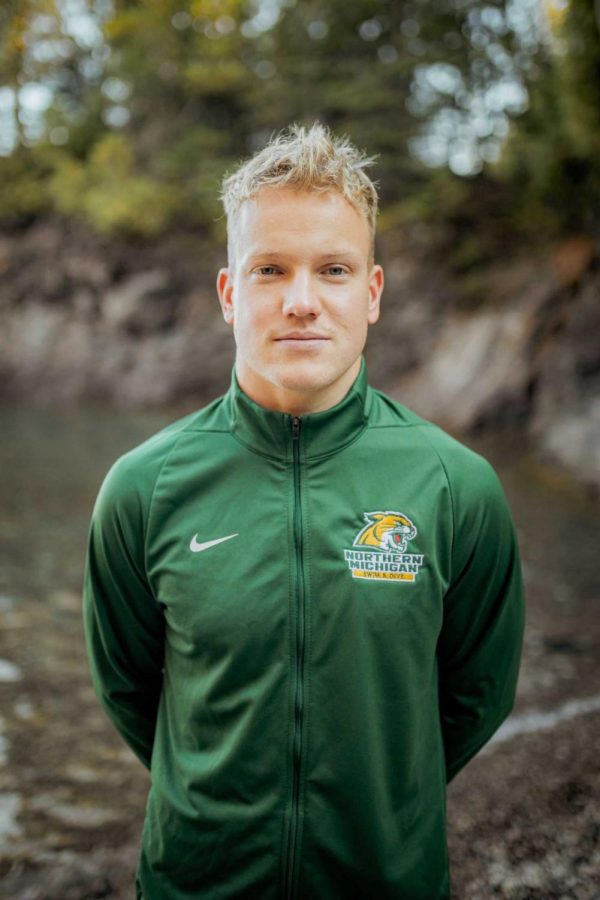 CHASING GREATNESS—NMU swimmer Ondrej Zach represents the Wildcats at the collegiate level, and his country of the Czech Republic on the national swimming stage. Photo courtesy of Ondrej Zach.

The Northern Michigan University swim and dive team is made up of a roster that boasts many high-profile athletes from across the globe.

Among them is Ondrej Zach from the Czech Republic. A graduate student starting a master program in exercise science, Zach currently holds the 500-yard freestyle and the 1000-yard freestyle mark pool record at NMU. Both records were beaten at the home meet on Friday, Oct. 8 and Saturday, Oct. 9 against St. Cloud State and Davenport.

“It’s awesome being at your home pool in front of a home audience and breaking a record,” Zach said. “I can’t speak enough about the other guys on the team who are really supportive and it’s awesome to be able to practice with them.”

Other record holders like Thibault Auger, who broke the men’s 50-yard backstroke record, and Erikas Kapocius who broke the 200-yard individual medley record, showcase the team’s talent with Zach as they form a solid team in the water.

“Being able to race them at the pool is what makes the entire team better,” Zach said. “It can’t be much better I would say.”

Zach is also committed to the Czech National Open Water swim team and was able to qualify in the summer of 2021 for this season. The added weight and responsibility of being honored with this title has only made Zach strive further for greatness.

Zach still plans on participating here at NMU for the next two years as the 2021-22 is underway. With continuous improvements from previous years including more chances to compete, Zach strives to keep up that same work ethic.

“I have improved a lot since my freshman year and now I just need to keep up the pace,” Zach said.