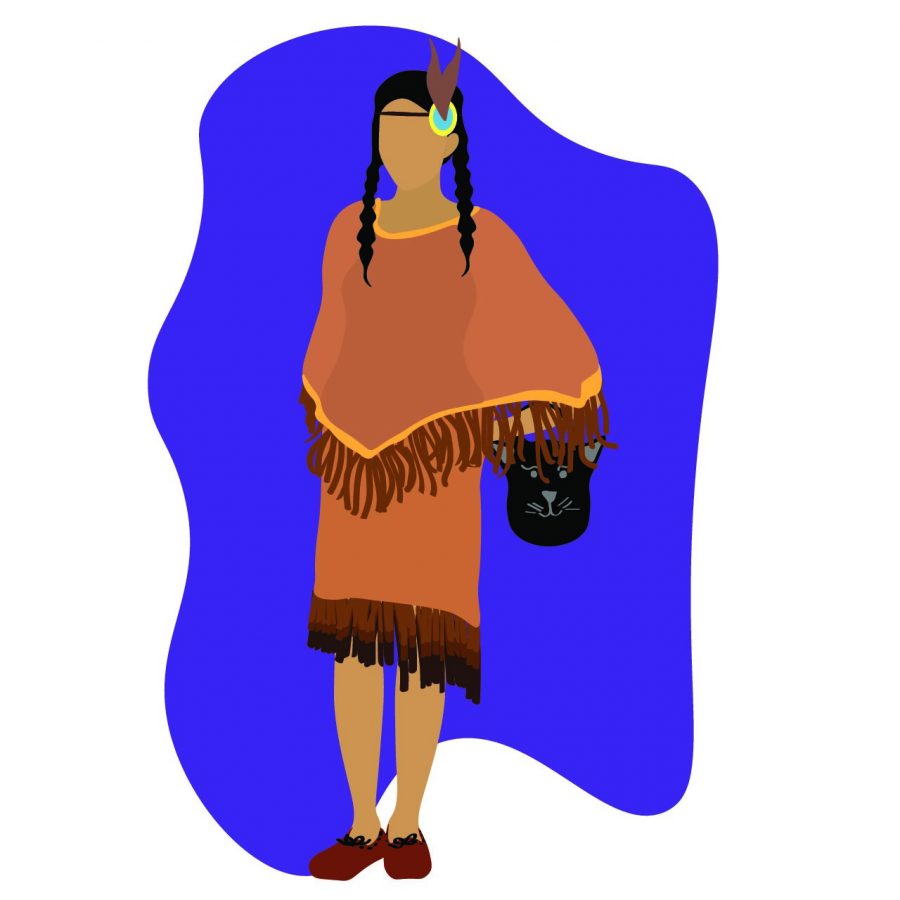 Around this time of the year, we notice evidence of cultural appropriation most often in the Halloween costumes around us, and in the mascots and logos of our sports teams.

Cultural appropriation is a bit of a hot button word but simply put, it is the inappropriate use of a culturally significant practice or image which originates in a non-dominant culture and becomes used for superficial or profit-driven reasons by a dominant culture. This phenomenon comes from our societal mindset of colonization, commercialization and exploitation. Practicing appropriation disrespects the personhood of those who are part of the given culture being appropriated.

A few examples might be an Old Navy graphic tee with a print of a dreamcatcher (originating in Native American cultures but used in this context as a superficial image driving profits for the clothing company.) Another example is the phenomenon of white people styling their hair in box braids or dreadlocks (originating in African and African American culture but used in this context as merely a stylistic embellishment).

During Halloween, we see this often in costumes such as Pocahontas, costumes of “Mexican hombres”, Kimonos, etc. In these cases, you’re taking a stereotyped image of a culture that still exists and acting as though that stereotype is a character you can dress up as. In our sports teams, we often see appropriation when teams refuse to alter their mascots if those mascots are pejorative representations of Indigenous people. One relevant example is the current controversy surrounding the logo of the Atlanta Braves, whose logo features an image of a Native American axe.

In acts of cultural appropriation, an aspect of a non-dominant culture becomes a commodity to be used, or even bought and sold, by members of the dominant culture who may view it as exotic or unique, or use it to augment their own sense of identity.

At NMU, there are lots of opportunities to learn about what cultural appropriation is and why it’s harmful. For example, the Latinx Student Union recently held a panel on the topic, and recently Feminism for All also did some work advocating against appropriation.

Ultimately, we can all do some work being mindful of people’s identities and aware of cultures not our own. Respect is key. Often, appropriation is not done with malicious intent. We grow up believing a costume or logo is perfectly acceptable, and simply accept things at face value. However, being mindful of the impact of appropriation can help us realize why it sucks.

This year, we were happy to observe a seeming decrease in the amount of culturally insensitive costumes during Halloween. For example, we didn’t notice any faux Native American headdresses at Walmart this year, which was perhaps encouraging. Progress is also slowly being made in the realm of sports, with more and more people putting pressure on teams to change their public image.

We hope to keep seeing these improvements in years to come.