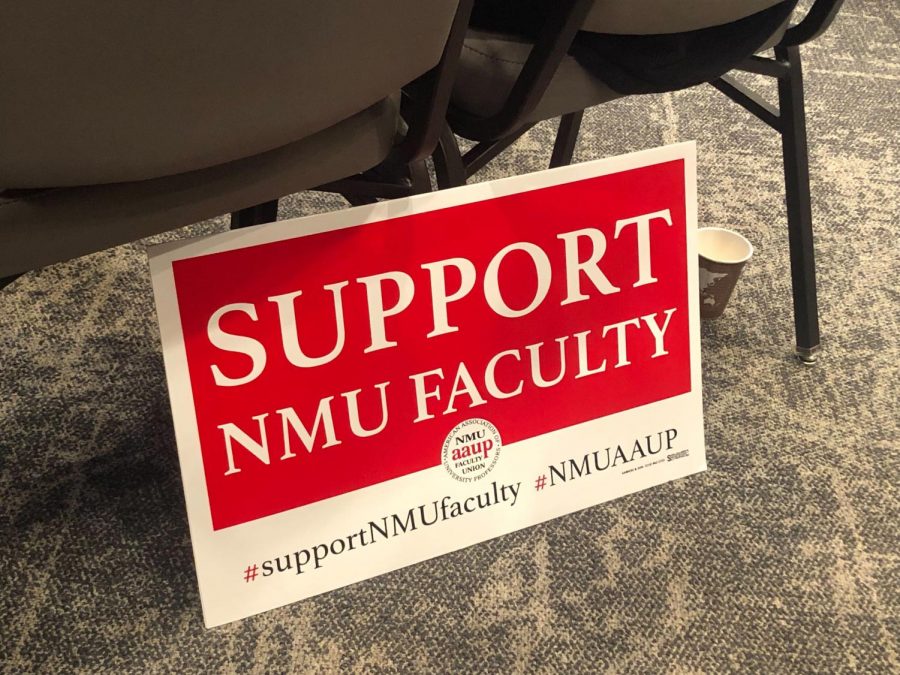 SUPPORT—After 131 days of negotiating for a new faculty contract, NMU-AAUP voted yes in ratifying on the most recent five-year contract.

Northern Michigan University’s faculty union, NMU-AAUP, voted yes to ratifying the five-year contract that was recently proposed with 197 for and 30 against.

The news broke on Monday with a press release sent out by AAUP information officer, Jon Barch, who addressed the results and future moving forward with the contract. However, despite the AAUP’s approval for the contract, it does not officially go into effect until the NMU Board of Trustees also votes to approve the contract.

“Provided the Board of Trustees approves this agreement, we will return to pre-pandemic compensation levels,” Lesley Putman, chief negotiator for NMU-AAUP, wrote. “However, it is distressing that it took eight months of negotiations and mediation to achieve this.”

For the last 131 days, AAUP and the administration at NMU have gone back and forth with contract negotiation when the pandemic one-year collective bargaining agreement came to an end on July 1, 2021.

The time leading up to the final vote for a five-year contract came with votes towards a strike authorization, voting no on a proposed contract and a vote of no confidence in the BOT after the termination of previous president Fritz Erickson.

Frustration rose quickly throughout AAUP members as months went on without a contract, though continuous support and voices were shared from the community as they sided with the faculty. Red signs with the words ‘Support NMU Faculty’ were displayed in yards, car windows and on-campus in offices.

“We are thankful for the students, members of the community, and other union members in  Marquette County who expressed overwhelming support for the Northern Michigan University AAUP faculty in our struggle for a fair contract,” Putman wrote.

The most recent showcase of support came from students at the last forum meeting held on Monday, Oct. 26. The student-led group, Students Supporting Faculty, marched from The Woods university living complex to the University Center where they joined faculty members.

In NMU’s press release, NMU wrote that they were pleased with the outcome of the ratification vote by faculty members of AAUP bargaining unit and staff members of the American Federation of State, County and Municipal Employees bargaining unit.

“The contracts will now be brought to the Board of Trustees for final approval at a special board meeting to be held in the near future,” NMU wrote. “A deep debt of gratitude is sincerely owed to the members of all the negotiating teams for their hard work, dedication, and patience which led to these positive outcomes.”