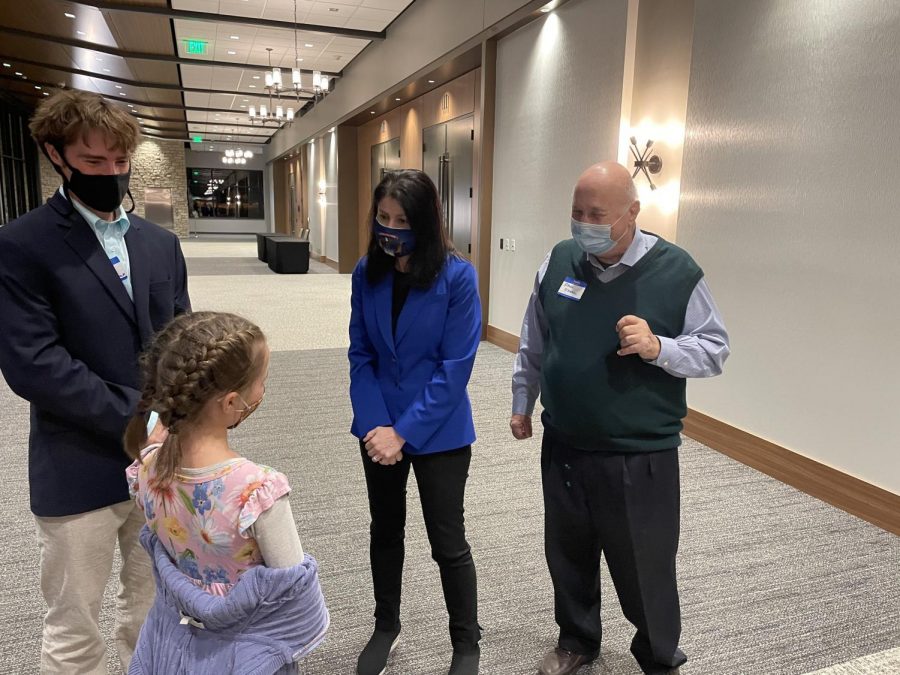 Attorney General Dana Nessel is sweeping across the state to meet and engage with Michigan citizens. Nessel was sworn in as Michigan’s 54th attorney general on Jan. 1, 2019, and will be up for reelection in 2022.

Nessel’s campaign took her all the way to Marquette on Tuesday, Nov. 9, where community members gathered in the Northern Center to listen to her speak of her previous and current accomplishments, as well as ask her questions regarding her upcoming political plans.

Many people do not have jobs due to factors such as transportation, childcare, health issues,  substance abuse or nonviolent criminal charges. Nessel described Jobs Court, a program to aid people in the problems that prevent them from working. Marquette is going to be the first county in the state that Jobs Court is implemented in.

“Let me tell you how excited I am about Jobs Court, which is … this novel new approach to two things. One, criminal justice reform, and two, the labor shortage that we have right now,” Nessel said. “What I knew to be the case is that for a lot of people, the reason why they turned to crimes is they just do not have opportunities out there. And for some of these folks, if they could get a job, they would.”

Reforming the criminal justice system is an important focus of the attorney general, and Nessel is addressing this through a statewide conviction integrity unit. This unit exonerates those who were charged for crimes and then found innocent and allows for the expungement of criminal records.

Nessel said her office “hired people who do nothing but … go around the state and we help people to get expungements so that they can get a clean slate and a new fresh ability to take whatever life brings them.”

One of Nessel’s notable actions during her first term as the state’s chief law enforcement officer was launching Michigan’s Elder Abuse Taskforce. Many of her supporters came to connect with her at this event.

“I’m vice chairman of the Iron County, Wisconsin Democratic Party, and I’m an elder law attorney,” Paul Strugul said. “So I work with the elderly and I’m very concerned about Medicaid, Medicare, elder abuse, and I know that the attorney general has been a real champion of the rights of the elderly, so I wanted to show up and show my support for her.”

Another important issue that falls on the attorney general’s lap is the state’s environmental protection. In 2020, Nessel filed a lawsuit to decommission Enbridge Line 5 on behalf of the governor and the Department of Natural Resources. Enbridge removed the case from state court into federal court where it has been stuck since.

“We still believe that the state of Michigan should be able to say and be able to govern where dangerous pipelines are laid and that they don’t belong in a place like the Straits of Mackinac, which is obviously such a precarious area for it to exist. So we remain fighting,” Nessel said.

“We fought very hard and what people don’t know is I mean, we sued the Trump administration dozens and dozens of times. We won over 80% of the time.”

These issues are becoming more important to the Michigan government, Nessel said the governor created a task force specifically focused on how climate-related issues and ecological and environmental issues impact marginalized communities.

Nessel is running for reelection in 2022 with a platform focused on advocacy, fresh starts and sustaining the Michigan environment.