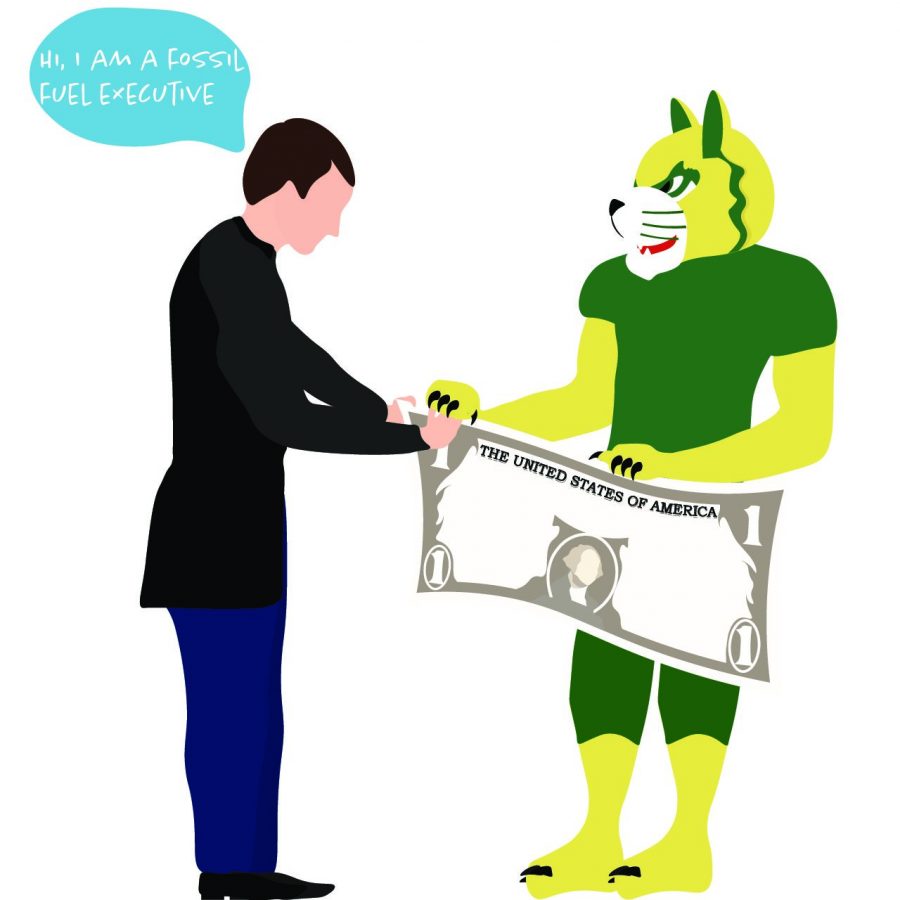 Fall 2021 was marked by the creation of a new student organization aiming to encourage NMU to divest from fossil fuel companies. Currently, NMU pays a great deal of money to fossil fuel companies in order to keep the lights on around campus. This money comes from our tuition dollars and ends up supporting unsustainable energy. Yet there are other, more sustainable, energy companies the university could benefit from investing in, argues the Divest NMU club.

Students are coming together to ask NMU to pull their money out of big fossil fuels and reinvest in greener companies that use solar, geothermal, hydroelectric or other green forms of energy. The primary reason behind the urgency of this movement is climate change, which impacts us even in the beautiful UP. Big fossil fuels companies have already begun their slow demise; we need to expedite their dying process. For many reasons, they need to go.

Divest NMU argues (correctly, we believe) that investing in green energy would be a more financially sound choice for NMU in the long run. This is because it is not financially feasible to successfully invest in a dying company, including big fossil fuels. As green energy becomes more urgently needed around the world, green companies will become more successful. Thus investment in them would be a smart move.

“[T]he largest extractors of fossil fuels in the world, such as ExxonMobil, Chevron, BP and Shell, have not used their profits to invest in a just and gradual transition off fossil fuels toward renewable energy,” according to the petition. “Instead, they have used their wealth to fund and distribute junk science aimed at sowing doubt about the scientific consensus (which represents 97% of climate scientists) around climate change and to deliberately block, slow and weaken policy advances through Congress, global treaties and state legislatures. Divesting sends a message that such behavior is disreputable and not welcome in the mainstreams of society, and helps motivate climate action in government.”

We at the North Wind wholeheartedly support this new student organization and urge our peers to sign the petition and participate in the changes proposed by this movement.

Other student organizations around the country have been successful in urging their institutions of learning to divest, resulting in real change for their communities. We hope NMU will have the same level of success, yet this is dependent on the level of support from our community.

The student leadership present in this movement is encouraging and empowering; by taking action to encourage accurate financial representation by our university, we contribute to a better world.

Change like this won’t happen without student pressure. Without this pressure, NMU’s administration will continue as they always have. The chunk of money NMU currently invests in large fossil fuels is significant; removing this financial support would make a huge impact.

Often, individuals trying to live their values of protecting the environment can feel lonely and impotent. It’s easy to start asking yourself, how much difference can I really make all alone? Yet changes such as the one proposed by Divest NMU can aid us in feeling there is hope to pressure large corporations to rethink their ecologically harmful business practices.