Letter to the Editor—Luther West is not blameless 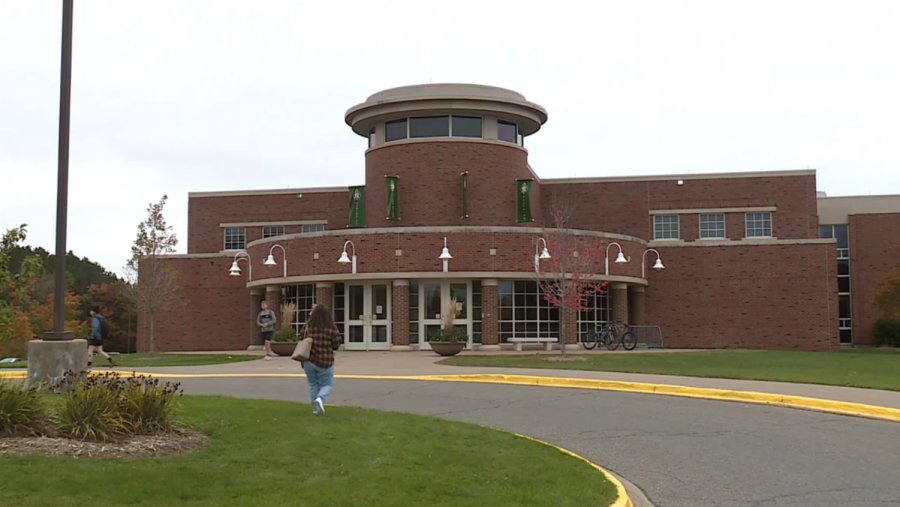 NAMING CONTROVERSY-West Science, named after Dr. Luther West, a former biology professor, is at the center of a recent controversy. Evidence was uncovered which indicated West was deeply involved with Eugenics.

Dr. Luther West — a former Northern Michigan University biology professor who openly supported the promotion of “conservative eugenic legislation and eugenic administration” in the 1920s — is a wholly “blameless” person. At least, that’s what Philip Niswonger seems to argue in his recent letter to the editor. But his letter to the editor is entirely unconvincing, as it solely consists of a series of nonsensical non sequiturs.

According to Niswonger, NMU’s radical decision to even consider renaming a university building that currently bears West’s name illustrates the university’s intention to unjustly ruin West’s professional reputation. He further argues that West’s views on eugenics were largely consistent with those of his professional contemporaries.

While West’s views may have been consistent with many, if not a majority, of his professional contemporaries, those views were not unanimously held. As Time Magazine’s Paul Gray noted more than two decades ago, “a number of people — including G.K. Chesterton, H.L. Mencken, Walter Lippmann and Clarence Darrow — had ridiculed and debunked eugenic theories” prior to the Second World War. And while the popularity of the eugenics movement in the United States influenced most states to initially enact their own compulsory sterilization laws, various appellate courts ruled that these laws were unconstitutional prior to Buck v. Bell — the Supreme Court’s infamous 1927 decision which approved of such laws, opining that “[t]hree generations of imbeciles are enough.”

In any event, the purpose of naming a public building after someone is to commemorate that person —both their achievements and shortfalls. When a community makes a decision to publicly celebrate someone in this manner, its choice is a reflection of the community’s collective values.

On the one hand, West served as head of NMU’s biology department, and later as dean of the university’s College of Arts and Sciences. Those are certainly significant achievements.

On the other hand, West appeared to have no qualms about embracing scientific racism before coming to NMU. For example, he voluntarily attended the “Third Race Betterment Conference,” where he contributed an academic paper on eugenics. After arriving at NMU, West continued to promote eugenics as a biology professor, teaching a class called “Genetics and Eugenics” until at least the 1940s.

As a university community, we must ask ourselves whether we want to continue publicly venerating West, someone who was a proud supporter of eugenics in his professional life — and as far as we know, never publicly disavowed those views — and appeared comfortable with scientific racism, just because he held important leadership positions at NMU. We should also ask ourselves what our answer to that question reveals about ourselves, and the values we hold dear.