Letter to the Editor—Luther West’s grandson speaks out 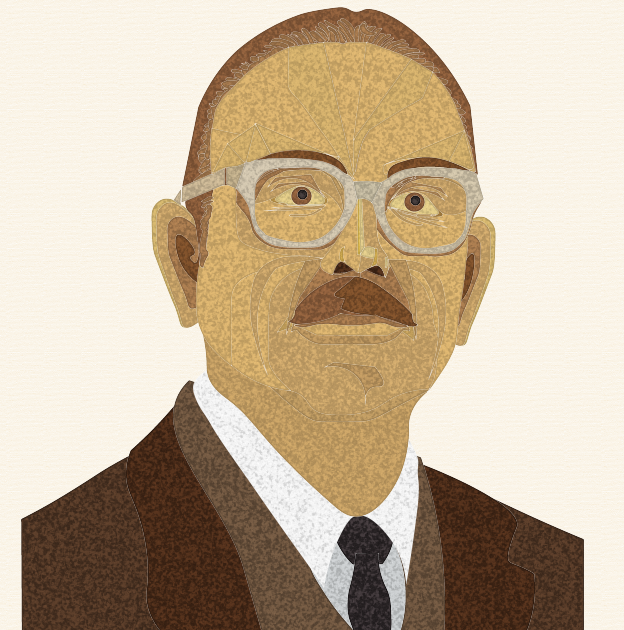 An injustice has been done. On Dec. 10, 2021, the NMU Board of Trustees voted to strip Luther West of all honors given by the university for the past 84 years, including any association with the science building named in his honor 55 years ago and rededicated 20 years ago. This decision was a rush to judgment without any consideration of evidence in his defense. Apparently, the accelerated process started in early October and was quickly concluded by December.

No one in the West family was even notified that such an action was being considered until Dec. 1, only nine days before the Board voted and apparently after the review committee had already finalized its recommendation.

Informed only on Dec. 7 that he could yet offer an argument in defense of his father, Luther West’s only living child, David West, submitted a detailed argument asking the Board to temporarily defer a decision until further evidence could be collected. The Board acknowledged receipt of that letter, but clearly gave it no consideration whatsoever. They voted within a few minutes to remove West’s name from the science building and also to suppress the use of “Hail Northern,” a song West composed in celebration of the University’s 50th anniversary in 1949.

The West family remains very concerned about the speed and secrecy with which this process was carried out. Not enough time was allowed for proper due diligence to identify and evaluate evidence relevant to the defense of West’s reputation.

The allegations against West insinuate that he was a racist who advocated the worst aspects of eugenics, including forced sterilization of mentally deficient women and a connection with the Nazi race theory. Nothing could be farther from the truth.

His only direct connection with eugenics was that he was obliged to study the subject and to teach a course on it, among all the other biology courses, when he was employed by J.H. Kellogg to be a one-man biology department at Battle Creek College from 1925-1938. Kellogg was a staunch advocate of finding ways to better the human race through improved nutrition, physical exercise and the study of genetics. One offshoot of this passion was the idea of encouraging capable, talented people to have more children in hopes of bettering society as a whole. This was within the academic mainstream at the time but unfortunately was also used by others to justify dark and evil deeds.

There is no evidence that West was in any way associated with these dark aspects. Guilt has not been shown other than by simple association. He believed in a meritocracy where everyone could rise according to their abilities and talents, and that everyone should get the opportunity and skills to enable them to achieve their goals. Under his tenure as Head of Biology and later as Dean of Arts and Sciences, Northern adopted a policy of “a right to try.” Students with a less-than-stellar academic background were admitted and given the chance to develop their talents and abilities. Many of these students went on to be successful in their lives and careers.

Luther West came to Northern in 1938 as a one-man biology department charged with teaching all courses in the biology curriculum, including one entitled Heredity and Eugenics, that had been offered at Northern since 1917. That course was modified over time, with less attention given to the eugenics portion and eventually was dropped completely under West’s oversight, becoming strictly a genetics course.

During West’s 27-year tenure, he helped Northern grow from a small teachers college to a full university. His time at Northern was also followed by a decade of volunteer service in research projects connected to his specialty, the housefly. During World War II, in the Army Medical Corps, he taught sanitation classes on how the housefly could spread disease and how to control them. He also worked after the war with the World Health Organization to improve sanitary conditions in developing countries, improving the lives of millions around the world. In 1949, he wrote Northern’s song “Hail Northern” for the 50th anniversary of the college. As department head, he built the biology department into a very strong program with a faculty complement of 15 faculty members before becoming Dean of Arts and Sciences for two years before retirement.

After West retired in 1965, his oldest grandson came to Northern. This is where I come into the picture. However, my family has a long history with Northern going back to a previous generation. My father attended Northern before he went on to West Point in 1942. My mother graduated from Northern in 1944. I received my B.A. in 1969 and an M.A. in 1971. My wife was in the class of 1970. Our son attended in the 1990s and his wife graduated in 1993. Since coming to Marquette, I have been a permanent resident.

During the last 20 years of his life, I got to know my grandfather Luther West very well and was even his guardian in his last incapacitated years. I also became aware of his reputation. All who knew him liked, admired and respected him. He served as a board member for St. Luke’s Hospital. He was a pillar of the Methodist Church. He worked with the Family Service Society. He received a citizen of the year award from the Rotary Club. Unfortunately, most of those who could speak for him are no longer alive. He was a good, honest, decent person who served his family, his church, his community and the university with respect and diligent efforts.

To rip down a lifetime’s reputation because there was an association with a theory almost 100 years ago is unfair and unjust. The current situation harkens back to 1950s McCarthyism when allegations of association to communism were equated with guilt, and a person’s reputation and career were forfeited.

If the cancel culture of today is successful in using this process to expel people from history, then no one is safe. A person must be considered innocent until proven guilty. More due diligence is needed for a verdict to be made. West was not a perfect person, but he was a very good one. He should be allowed more time for a defense.