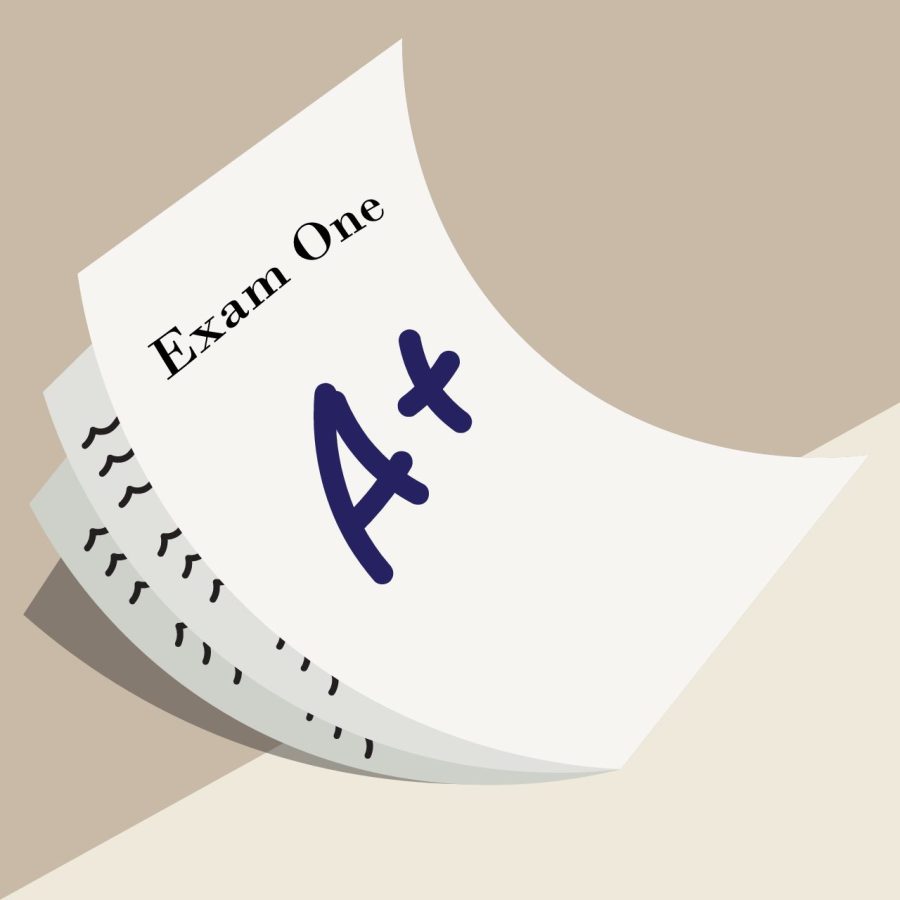 Honor roll student Brian Perdita admitted Monday morning that he has no idea what he’s doing despite having the highest GPA in his major.

“Whenever we’re given a quiz or exam, I just look at the study guide and memorize it. I don’t understand anything off of it, but it’s worked well so far,” Perdita said. “I’m actually pretty surprised nobody else does this. Frankly, I don’t even really know what my major is.”

Perdita is exceptionally well-regarded in his major and has been included on the dean’s list every semester during his time at Northern. Known for his laid-back attitude and exceptional academic performance, it appears his carefree attitude is, in his own words, “half hanging out, half hiding the enormous ball of anxiety in my chest that I carry every day.”

When asked about his 4.0 GPA and the prestigious scholarships he’s been awarded, he shrugged and said “beats me.”

Perdita confessed to a greater level of confusion than anyone could have expected. On his decision to attend NMU, he said he simply started to type college names into Google and saw what the browser auto-filled in. His deciding factor in going to Northern was, according to him, simply that it “looked cool, I guess.”

“I don’t know how much I can emphasize this,” Perdita said, “I literally don’t know what the hell I’m doing. I can’t even tell you what my major is. Not what it’s about or what I do, I mean the name of my major. I simply don’t know.”

Despite his confusion towards the course material, Perdita’s peers spoke highly of him.

“Oh my god, Perdita is a genius,” classmate and frequent study partner Jeff Browning said. “Whenever we study together, he just goes through the study guide silently and then passes it over to me. He’s like the Bobby Fischer of Northern. I told him that, and he just smiled and said ‘thanks.’ That guy’s cool.”

“I have no idea who or what a Bobby Fischer is. Is that the kid from King of the Hill?” Perdita said. He further expressed his fear that everyone else understands what’s going on except him and that they all secretly think of him as an idiot. “I’m just so scared that one day I’ll be called on in class and I won’t know the answer and finally, be exposed,” Perdita said. “I’m scared that I’ll be seen as a fraud. I don’t even think I deserve all of this praise, to be honest.”

“It sounds like you’re experiencing imposter syndrome,” I told Perdita.

“Yeah, I don’t know what that is,” he said. “Also, are you going to print this? How can you just sit there like that? This is really hard for me to talk about. What’s “your” major? How do “you” feel about yourself?”

Though he maintains his appearance as a savant, Perdita is clearly just another number and a fool. Also, I don’t have to explain myself. I never have to explain anything. This article is over.