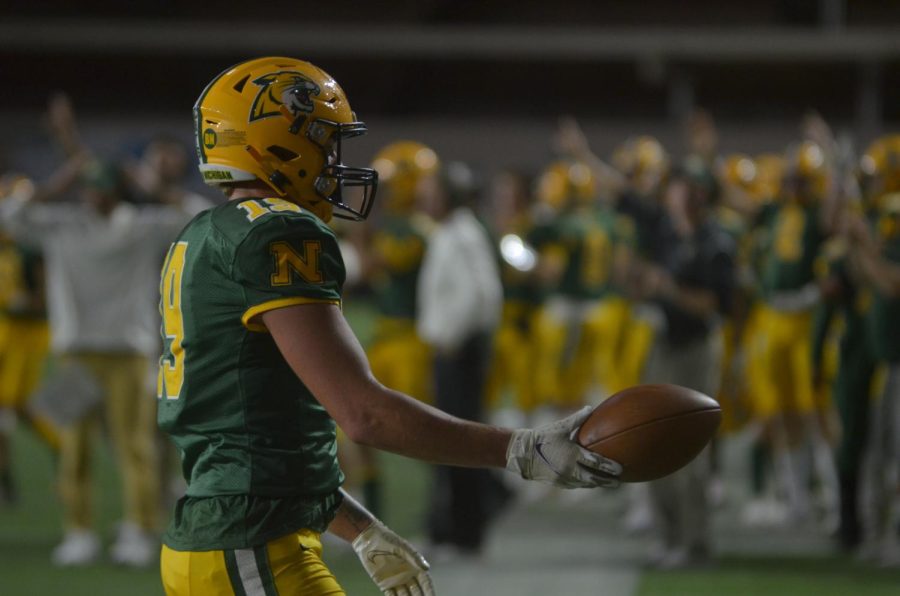 SEASON SCHEDULE RELEASED — NMU's football team is getting ready for 2022 with the release of the seasons schedule on Wednesday, March 23. Five home games and four road games are scheduled, and the second week is open for a sixth home game. Travis Nelson/NW

It may not be football season yet, but it sure feels a lot closer as the Northern Michigan University football team released its 2022 schedule on Wednesday.

The Wildcats come off of a 4-7 season in the fifth year of coach Kyle Nystrom’s tenure, and the program made a necessary jump in 2021 trying to get back on track.

The current schedule has five home games and four road games, and the second week is open for a sixth home game. A lot of teams have reached out to Northern for the Wildcats to play on the road that week, but Nystrom said he wants that game to be at home in the Superior Dome.

The season kicks off on Thursday, Sept. 1 when the Wildcats will host McKendree University. NMU has defeated McKendree in back-to-back meetings, including a 27-20 road victory a year ago. The second week on Saturday, Sept. 10 remains open as of now, but the ‘Cats hit the road for the first time of the season on Saturday, Sept. 17 at Davenport University. The Panthers are a conference opponent, but the two teams will meet twice as they did last season, and they will play again at NMU on Saturday, Oct. 8, and that will serve as the conference game.

There’s a lot to take in from the schedule, but the Wildcats will have the chance to have to do something special with the 2022 season. NMU hasn’t defeated Tech in 11 straight meetings, so that’s on the line. The ‘Cats also have the opportunity to knock down the country’s best Division II team in Ferris State inside the confines of the Superior Dome. The program made big steps last season, time will tell what they do with it.