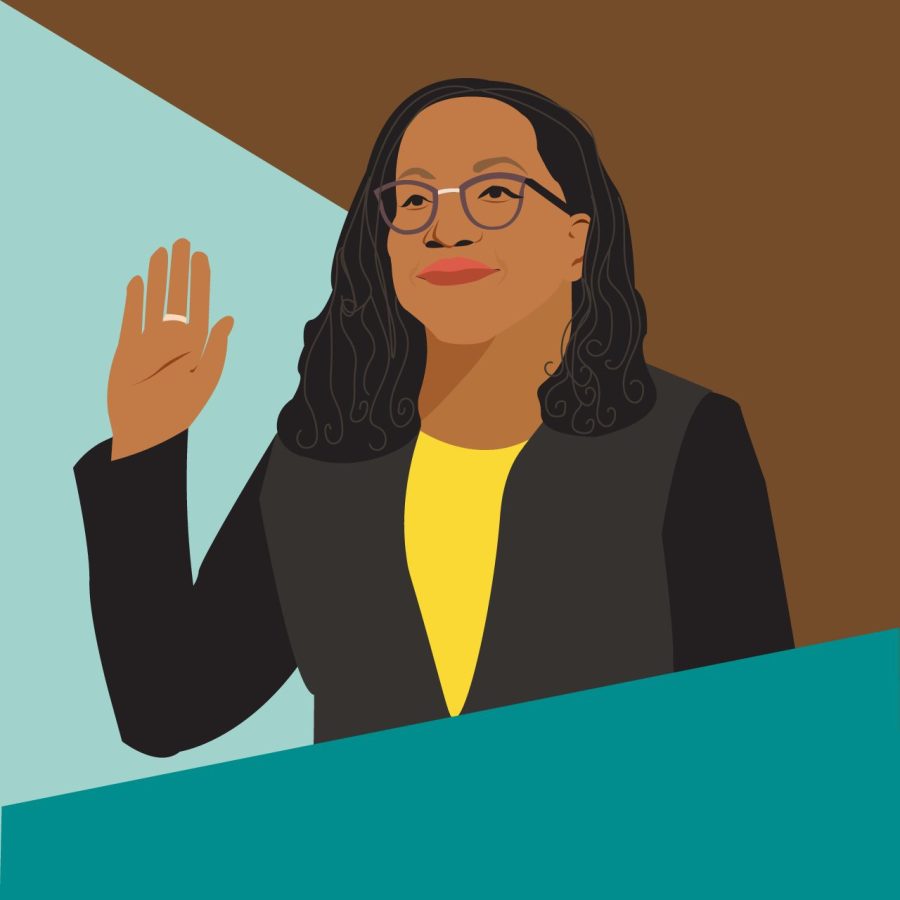 President Biden announced his pick for the supreme court earlier this year, nominating Judge Ketanji Brown Jackson to replace retiring Supreme Court Justice Stephen Breyer. Jackson, if confirmed, will be the first Black woman to serve on the Supreme Court. During Jackson’s confirmation hearings, many partisan issues were dragged to the fore.

The problematic discourse surrounding Jackson’s potential place on the Supreme Court began before she was even nominated by President Biden. The selection of supreme court judges has always been highly politicized, ever since the power of judicial review was solidified. Politicians know the power of the judicial branch.

And beyond that, politicians know the power of representation in our government bodies. President Biden announced that his pick for the Supreme Court would have to be a Black woman before he picked a specific candidate. Republicans have somewhat flipped out over the idea that President Biden chose Jackson not on merit, but based on her identity.

Yet identity has always played a part in nominations of this kind. For example, Reagan’s nomination of Sandra Day O’Connor was intended to regain support from women from whom he was experiencing backlash at the time. More recently, when Ruth Bader Ginsberg died during Trump’s presidency, Trump did the same thing by nominating Amy Coney Barrett to pacify white suburban women. All that to say, this phenomenon isn’t just a Democratic tactic, it’s a politicized effort to gain voters.

We at the North Wind do find it problematic, however, the order Biden announced that he intended to nominate a Black woman, before choosing Jackson as his nominee. That sequence of events reinforced a perception that Jackson was not selected based primarily on merit, but that her most important characteristic as a candidate was her physical identity as a Black woman.

And this perception is particularly frustrating because Jackson is exceptionally qualified for a position on the Supreme Court. We feel that the confirmation hearings and the public discourse surrounding them should certainly have focused more closely on her education and court experience, rather than partisan issues. Her resume speaks for itself. Biden didn’t just choose anyone for this opening, he picked from a tiny pool of people with the right stuff for the position.

In fact, we’d like to know: just who should have been chosen instead? Reducing Jackson’s candidacy for the position to be based solely on her gender and skin color is diminishing and disrespectful to someone who has spent her entire life doing exceptional work. Jackson got this nomination because of her experience and record of achievements first.

Yet the hearings did not focus on Jackson’s credentials. When the time wasn’t spent questioning the motivation behind her nomination in the first place, the hearings were an opportunity for Republicans to air grievances and highlight issues they intend to build on in the coming election cycles.

In one particularly disturbing incident during the questioning, Senator Marsha Blackburn asked Jackson to define the word “woman” while discussing a transgender athlete. Jackson refused to provide such a definition.

Alongside the purity tests, Jackson was subjected to (such as Senator Lindsey Graham asking if she is religious and Ted Cruz’s questions regarding her stance on critical race theory), it seemed as though Republicans were simply looking for ways to get payback for Supreme Court Justice Brett Kavanaugh’s treatment in 2019 when he was under allegations of sexual assault. The questioning seemed intended to break Jackson if possible, and if not, to make the confirmation hearings as grueling and humiliating as possible, and to elicit some sort of emotional response.

Yet none of these tactics were able to impact Jackson’s chances of becoming a Supreme Court Justice, and she remains on track to take the position following the Senate’s vote.