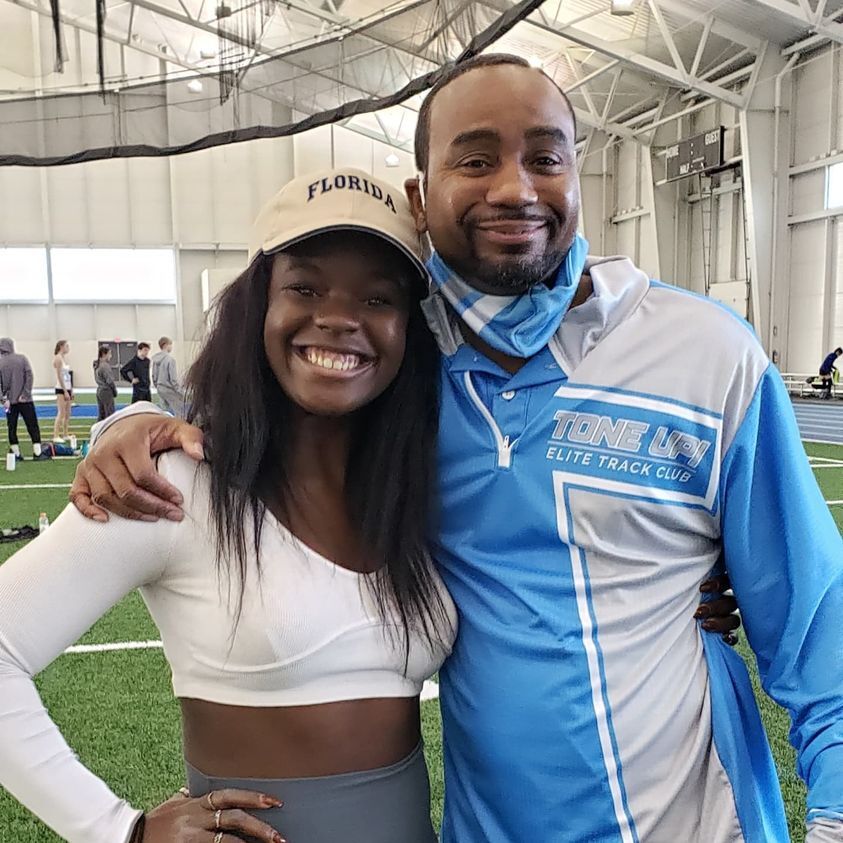 A FITTING TRIBUTE —Jayden Hill poses with former track coach Tony Made in a past photo. Hill was remembered by Made and her coaches and teammates to remember someone that won't soon be forgotten. Photo courtesy of Tony Made

Jayden Hill was a freshman track athlete at NMU and was an activist looking to become a civil rights lawyer. Hill passed away on Sunday, April 3, and she will be remembered by her friends, family and teammates.

“Jayden made an impact on our team in a short time,” track and field coach Jenny Ryan said in a statement. “She was extremely dedicated to her sport, a tremendously hard worker, and a warm and engaging young woman off the track. She will be missed.”

The team has a meet this weekend on Friday and Saturday at the Golden Grizzly Invite downstate at Oakland University in Rochester. The Wildcats will then stay downstate and attend Jayden’s funeral on Sunday. There was a discussion of whether the team was going to still go to this meet, and it was decided to make the trip. Although some athletes haven’t committed to competing, it was a shared sentiment by individuals that they wanted to make the trip to be with their teammates through this instead of staying home to grieve alone.

Seven of Jayden’s teammates and her former coach came forward to talk about their fallen teammate and what she meant to all of them. Each of them spoke about her as a positive influence on their lives in her short time on the team, and that Jayden went beyond being a college track athlete. Coaches have described this team as close already, but Jayden’s death has brought them closer than ever before.

“She took it and she ran with it, she did it. She was always a ball of fire, she had that motor and drive. Every time I think about Jayden, I think about that big smile.”

“Jayden was a very bright person, she would always be smiling. She brought an energy to practice that was something that nobody else could bring. She was always very positive, just the way she talked to other people, she would make you feel appreciated.”

“She was an accepting and brave person. She was a huge advocate for Black Lives Matter, and there was an article I read about what she had to go through in high school about some students bullying her based on her race. For her to stand up and still speak her voice was really courageous and definitely representative of her. She should be remembered as someone who was brave and kind hearted and accepting of everyone.”

“I think what really helped me decide that I wanted to go whether I was running or not, at the candlelight vigil, we had a talk to dedicate this season to her and even though she’s not on the team, she’s still with us running. We wanted to put every effort forward because we knew she was so excited about the outdoor season, so we wanted to carry that enthusiasm she had, because I feel like she would do anything. She didn’t go to every meet, but I feel like she would do anything to be at a meet when she could, and she’d put 100% effort. No matter what she placed, she would still encourage us and be super happy for us, good or bad.”

“Jayden was very loving, she always put others before herself. She definitely was very positive and bubbly, she would light up a room every time she walked into it. No matter what she was going through, she was always positive and tried to stay positive. She definitely was an addition to the track team and was a friend. She was one that I will never forget just because she was always there, I keep saying loving and caring. She was very supportive, you could tell her anything, and she would listen and give her advice on it. That’s just what I think about Jayden.”

“I feel like she should be talked about a little bit more than what she is now, and not only in track but outside of track and NMU. Just posting on social media and having conversations that I feel like I’m taking enough steps to make sure that she is remembered in the way that everybody looked at her as the kind, sweet, activist, loving, young black girl. That’s how I look at her, and that’s how she should be remembered.”

“She was definitely very friendly, she tried being a part of everyone on the team, a part of their lives whether it was at practice or outside of practice. That’s how I got so close to her, she reached out to me before coming here and the fact that she was another black athlete was one of the reasons that I was drawn to her at first. But after getting to know her when she got here, she was just a different human being. Her energy was just on point all the time, she was pretty open with a lot of stuff, she wasn’t afraid to share what she was feeling. Those are the things that I’ll remember most about her. There’s nothing negative to remember, she was just this amazing person that regardless of hurting now, I’m really happy that I got to meet her. I’d rather know her and hurt now that she’s no longer here than to have the feeling that I wish I had never known her so I could’ve saved all the grief.”

“It’s very motivational because our win is hers also. I say winning does not necessarily mean placing first in a race or a competition, but it’s still hers because we had that unity and we shared a lot in common being on the same team. Just representing the same set of stuff like wanting to compete at the best, she would always say it’s a privilege to be a collegiate athlete because a lot of people don’t make it this far and it’s hard competing each week and having class and a social life out of that. Regardless of what happened to her, I still believe that she’s a strong person and she definitely loved everyone around us.”

“I just think she should be remembered for who she was, and who she advocated for. She was a huge advocate for Black Lives Matter, for women, and for literally anyone if we ever had an issue, she would stand up for any of us in a heartbeat. I knew she would have our back, she was just an amazing addition to this family, and I’m just so happy that we had her here for the time that we did.”

“She was also a big advocate for mental health awareness and stuff like that. She would always just bring a sort of energy to practice, to meets. Anytime she was around the team, it was happy, joyful, bubbly, and it’s been a little difficult not to have that at practice, but we know that she would be watching over us with that smile. For the limited time that she was on the team, she made a big impact.”

“I would say overall that Jayden was unconditionally herself all the time. She didn’t care really if anyone was watching, she was going to be her bubbly self, she was going to say what was on her mind. She was very brave and she fought very hard, and went through a lot of struggles in her life. But overall, she should be remembered as a very positive impact not only on our team, but in this NMU community and her home community too.”

“She never had a negative thing to say, she was really nice. I thought she was really funny, once at least every practice she would make me laugh. I enjoyed spending time with her, everytime that I’d see her, we would have a conversation, she was so open. I knew anything I said, that she would accept me, (and) I felt like I could come to her.”

“I thought that at the beginning of the week on Sunday when I found out that I wouldn’t be able to go to practice. Not having her there, I thought that would be really hard. The whole day I just stayed alone and I didn’t go to class, and I decided to go to practice. Seeing everyone, I know that they’re all going through what I’m going through, and that just made me feel better that I can go to them if I need to. Our coaches are being supportive, they’re providing counselors for us. I think even though practice was hard with her absence, coming together and remembering her was helpful.”