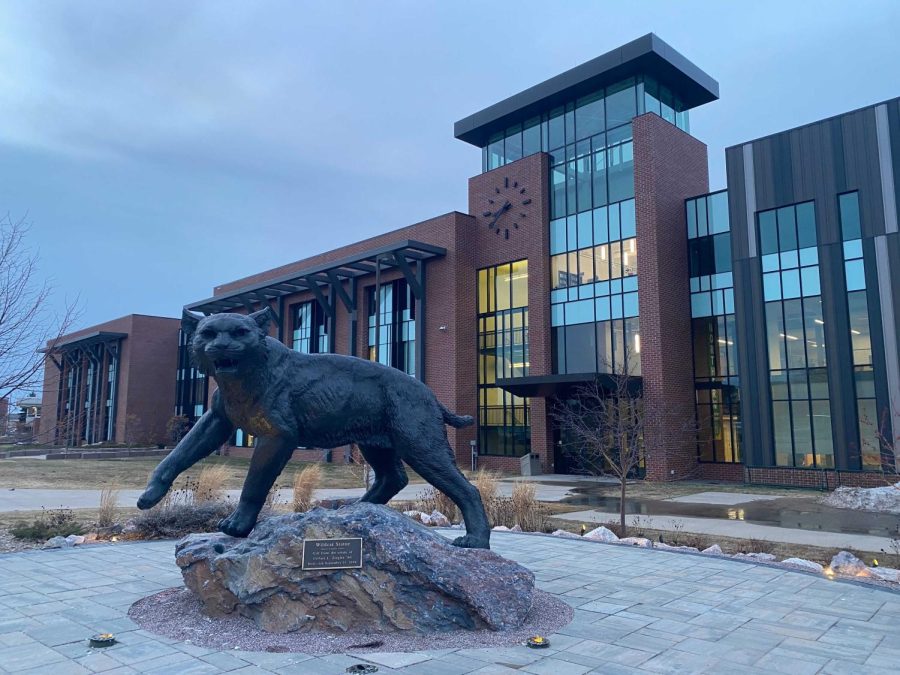 CHILDCARE CRISIS — The Early Education Childcare Task Force will be holding a rally at the Wildcat Willy statue on Good Friday to raise awareness of the ongoing issues of childcare in the U.P.

The Early Childhood Education Task Force will hold a rally Friday to raise awareness of the childcare crisis of the Upper Peninsula and demonstrate the need for an early childhood education center, a learning and education based daycare center, on campus.

The rally organized by the childhood education center task force will begin at 10 a.m. starting at the Wildcat Statue by Jamrich Hall and concluding around 11 a.m.

Rachel May, associate English professor, Shilpa Jhobalia, Marquette community organizer, and Johanna Bogater Munising community organizer put together the rally to illustrate the support from the NMU community in building the center on campus, May said.

“NMU is currently considering whether or not to apply for the $100 million in funding from the state, in order to support an on-campus education center and learning lab,” May said.

The learning lab would serve as an on-the-job opportunity for NMU students to get practical experience in their field by working with the children enrolled in the education center, whose parents are either faculty, staff or students of the university.

Diana Lafferty, assistant professor of biology, is one of many faculty members at NMU who has struggled with finding childcare in the area, branching out to Harvey and Ishpeming for her young child. Lafferty has been put on waitlists that extend into February and March of 2023, with most education centers and daycares not having classrooms or staff for infants.

“There is a consistent shortage of qualified people to care for the needs of an infant,” Lafferty said.

Lafferty said that she worries about the well-being of her child while she is working.

“It’s a daily struggle,” Lafferty said. “It is a constant stress and burden, not knowing who I’m going to have care for the child that I love more than anything in the world.”

Lafferty said she hopes the task force serves as an eye-opener for NMU administration and the board of trustees in addressing the issue of the lack of childcare for the campus community.

“We’re unable to give [faculty] the structure that they need,” Lafferty said. “And, we certainly can’t recruit students that have families into our student body because we can’t support them.”

Dwight Brady, head of the AAUP, is in favor of addressing the childcare crisis as a labor issue, May said.

“While childcare is not directly a union issue, it can become a working conditions issue when employees are unable to find childcare,” Brady said.

The NMU population was surveyed by the task force and the data reported showed a severe need for more childcare options for the campus community, Brady said.

“The survey revealed that some employees were traveling over twenty miles away from NMU for childcare,” Brady said. “Candidates have also interviewed for jobs at NMU and declined the position due to the lack of childcare.”

Sophie Fridstrom, on the benefits committee of the Administrative/Professional union at NMU is also in favor of addressing the childcare crisis as a labor issue, May said.

Not only is the lack of childcare in the area a barrier for parents and guardians but also a problem for children, Lafferty said.

Lafferty said she is excited about Interim NMU President Kerri Schuiling’s efforts to develop a childhood education center to improve the health of the Upper Peninsula.

“If we want to have truly holistic rural health, we have to invest in early childhood education,” Lafferty said.